New and Upcoming IPOs for a New Normal

For month upon month long term investors have been subjected to an avalanche of opinion pieces suggesting life as they new it prior to the onset of the COVID 19 Pandemic would never return to “normal.” Instead there has been incessant speculation on what a “new normal” in a post pandemic world would look like, both for consumers and companies.

Much of what passes for conventional wisdom these days suggests new ways of consumer behavior and business operations on the horizon. With the increase in COVID cases in parts of the world and an ever lengthening time frame for the release of an effective vaccine, the “new normal” – whatever shape it takes – remains shrouded in uncertainty.

Among the many possible changes to come, a few stand out, buttressed by several research studies. In broad strokes, US consumers feel many of the changes brought on by the pandemic would remain. A survey from the Pew Research Center in the US conducted in September found that 51% of more than 13,000 Americans surveyed expect their lives will be changed forever.

An earlier study from McKinsey & Company found that 60% of global consumers and 75% of American consumers had reduced their spending on virtually every category except groceries, household supplies, and home entertainment.

Investors expecting a rush to return to dining out might be surprised to learn what the CEO of global ride-sharing giant Uber had to say about the prospects of the company’s Uber Eats Courier service. Exploding demand that commenced with the pandemic will remain, with the company expecting Uber Eats and Uber ride sharing to be relatively equal in size in a post pandemic world.

In July Accenture surveyed 2,700 patients in industrial countries and found a major shift to virtual care, with nine out of ten claiming virtual care was as good or better than pre-pandemic in person care. Forty four percent adopted remote monitoring devices and apps to track and manage their health. The study found patients had “highly positive experiences” with both video calls and monitoring devices, with plans to continue their use in the future.

While the work at home efforts are expected to continue, the more significant change in business operations is a move towards digitisation of both products and services as well as company to customer interactions, according to McKinsey. This change will propel technology companies from high speed internet connections, networking infrastructure, to data and cloud storage, to cybersecurity. 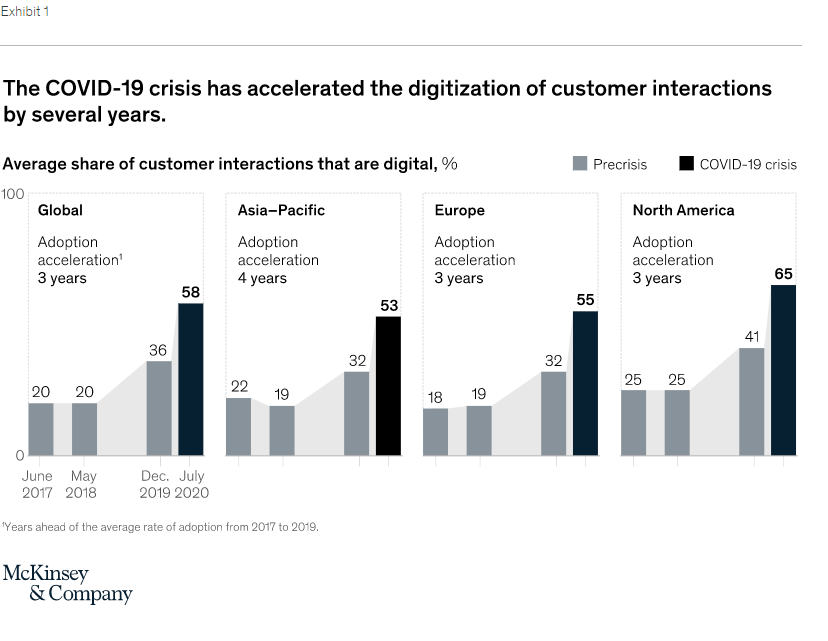 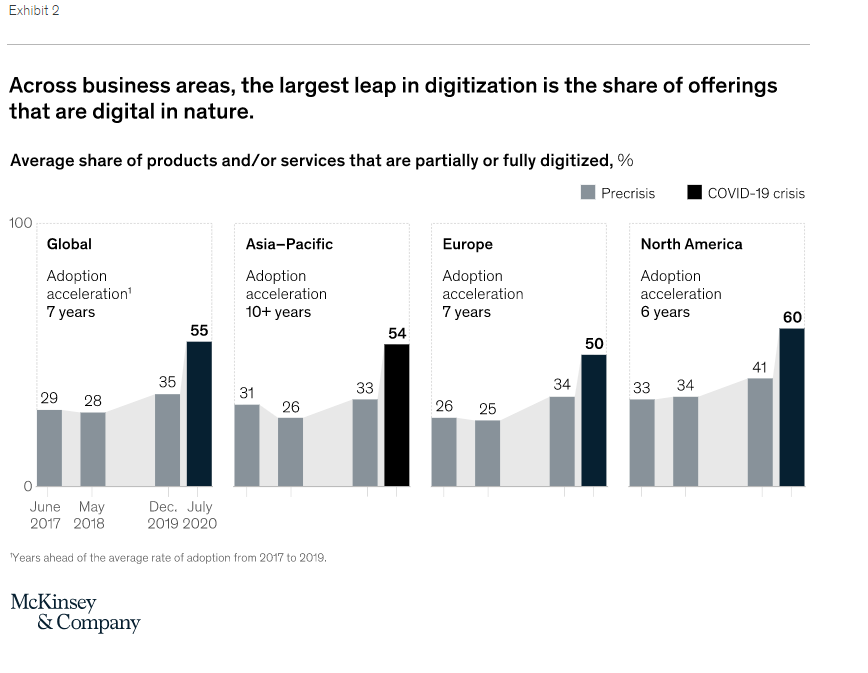 There are multiple upcoming ASX Initial Public Offerings (IPO) that could benefit from tailwinds associated with new normal expectations. Some of the “new normal” expectations may lag behind, such as the continued use of remote working. Although likely there will be people remaining at home to work, it is not a foregone conclusion that companies will not require more of their work force to return to physical locations, where cybersecurity is easier to maintain.

The one area that appears ironclad is online shopping, a category already experiencing massive growth in the pre-pandemic world.

There are two upcoming IPO’s in this category — MyDeal.com.au Limited (MYD) – and Zebit Inc. (ZBT).

MyDeal.com.au began as an online ecommerce marketplace seller of household goods and homewares, growing from initial product offerings of over 300,000 from 800 active sellers to the current 5 million products offered by 1700 sellers.

Although a marketplace business model eliminates inventory management and other operational costs, the revenue source is limited to commissions and subscription fees paid by sellers and advertising revenues.

As of June of this year MyDeal began selling its own private label products, with revenues of $1.6 million dollars. Proceeds from the IPO will go towards in this space where the company anticipates gross margins between 35% and 40%.

Investors skeptical of this company’s ability to compete with the likes of Kogan Limited (KGN) and Temple and Webster (TPW) should know for the third quarter of 2020 MyDeal saw a 317% increase in gross sales along with a 268% increase in active customers.

The company founder is staying on and with 12, 18, and 24 month periods holding shares in voluntary escrow, eliminating the investor risk of pre IPO owners dumping shares early.

The company debuted on 22 October and is now trading below its opening day high of $2.14. IPO proceeds will also go towards MyDeal’s proprietary technology and the development of mobile apps for Android and iOS. The following chart from the ASX website shows the share price movement of KGN and TPW.

Zebit Inc. (ZBT) is a Silicon Valley California based BNPL (Buy Now Pay Later) company with a business model making the company relatively impervious to competition from the likes of ASX market darling, Afterpay (APT), also operating in the US market.

Unlike other BNPL providers, Zebit specifically targets “financially and credit challenged” consumers. At first glance, that business model seems doomed to failure, but the market of those credit challenged US consumers stands at $85 million, untapped by most BNPL providers. There are an estimated 154 million customers in the US with credit scores too low to qualify for traditional credit sources.

Zebit differs from the traditional in two ways. First, it pre-qualifies its customers. Second, it operates as an “Amazon for the Underserved” according to its founder. Zebit operates as an ecommerce retailer offering BNPL arrangements for its own products. The company maintains no inventory, relying instead on direct shipping from factory to consumer.

Zebit currently has 75 suppliers on its ecommerce website offering more than 90,000 products, from jewelry to electronics to appliances and beauty products.

The IPO offering was open to high net worth and professional investors, with trading to begin on 26 October.

There are three IPOs involved in health care and healthy nutrition.

The first, CleanSpace Holdings (CSX), listed on the ASX on 23 October. The company makes respirators for healthcare and industrial use. A team of medical device engineers founded the company in 2009. The respirators are for use in healthcare and industrial workplaces, with the company generating revenues both from unit sales and from accessories and consumable parts. The company generates about 45% of its revenues from recurring consumable and accessory sales.

The company claims a competitive advantage due to reusable respirators resulting in lower cost to customers over time. CleanSpace is already global in scope, exporting to 36 countries, with plans to expand its international market operations.

CleanSpace doubled its revenue between 2019 and 2020 and posted a net profit of $4.8 million and the company’s current year forecast is expected to more than double profit and approach a doubling of revenue.

Hexima Limited (HX2) is coming back to the ASX following its initial entry in 2007 and subsequent delisting in 2011. The company traces its origin back to plant researchers at the University of Melbourne in 1998, later acquiring intellectual property from Latrobe University on plant-based anti-fungal therapeutics.

Hexima is a biotechnology company actively engaged in the research and development of plant-derived proteins and peptides for applications as human therapeutics. The company has a lead product for the treatment onychomycosis, a fungal nail infection. The treatment — HXP124 – is ready for Phase IIb clinical trials, having demonstrated positive results in earlier trials.

Hexima’s Plant Defensin Antifungal Technology Platform has the potential to treat other fungal conditions in both humans and plants.

Onychomycosis infects 14% of the population in North America and is common in Europe and Asia as well, with current treatments both inefficient and with high risks of side effects. Some estimates of this fungal infection worldwide are as high as 26%.

Proceeds from the IPO will fund the Phase IIb trial, prepare for the manufacturing of HXP124, and conduct animal toxicology studies required to support late-stage clinical trials in the US.

Upon successful completion of the Phase IIb trial, Hexima will submit an IND (Investigational New Drug Application) to the US FDA (Food and Drug Administration) to conduct late-stage clinical trials for HXP124 as a treatment for onychomycosis in the US.

In the pre-pandemic world it was not uncommon for people to ignore conditions they might think non-threatening, but expectations for the post pandemic world suggest consumers everywhere will have heightened concern about health in general and contagious conditions like onychomycosis.

The nutritional supplement market has historically focused on infants and adults, largely ignoring the 3 years to 12 years demographic, according to company management. Proceeds from the IPO will go towards product development for that market.

Nutritional Growth Solutions has penetrated the North American market where it derives close to 90% of its revenue and has plans to expand in China and the rest of Asia. Products are sold through ecommerce online platforms, including Amazon.

Unlike the majority of manufacturers of nutritional supplements, Nutritional Growth Solutions products have been clinically tested. For the Half Year 2020 the company posted revenue of approximately USD$1 billion dollars and a loss of $678 million.

DC2 operates three data centres, two in Western Australia and one in the Northern Territory. The company can customise its data centre hardware to meet specific customer requirements and allows customers the option of BYO (bring your own) hardware. Cloud Computing, storage, backup, disaster recovery, software, infrastructure plus, and cybersecurity are all offered on an “as a service” basis.

DC2 also offers “DC Modular” – a containerised data centre in a box – allowing data storage anywhere, expected to rollout at the end of 2020.

New and Upcoming IPOs for a New Normal

For month upon month long term investors have been subjected …