Why Is Trading a Great Career Choice for Women in 2022?

Even though the age of “men-only” businesses and industries has been fading for some time now, some markets are still perceived as male-dominated. The world of trading is undoubtedly one of them, even though the number of female traders has steadily increased. However, the fact remains that there are significantly more men than women trading various commodities both on and offline.

Thanks to the steadily increasing shift in gender roles, more and more women are currently entering the trading industry. Thanks to numerous available resources, such as Binaryoptions.com Australia learning how to trade and keeping up to date with the latest information has never been easier.

That’s why more and more women feel encouraged to enter this mostly male-dominated market to acquire new skills and put them to good use.

Let’s look at just some of the reasons trading has become an increasingly popular career choice among modern-day women.

Steering clear of all the shopping jokes and common misconceptions, the fact of the matter is that men and women perceive money differently. That’s why it comes as no surprise that they also handle money differently. For instance, to show off their success or create an illusion of one, men will commonly spend hard-earned money on physical goods, such as fast cars, expensive wristwatches, and tailored suits.

And while women undoubtedly love to shop, they don’t all resort to such conspicuous displays of “success”. That’s why women generally make better trading decisions and don’t allow their emotions to enter the mix. Namely, a very successful woman may reach extraordinary success with her trading efforts while still being perfectly happy driving her Prius or a family van. It also translates to the way both men and women approach trading itself.

Again, women tend to be more risk-averse when trading avoiding generalisations as much as possible. Although commonly perceived as a perk, men tend to be a bit more passionate when trading commodities. When men make rash decisions and they turn out to be fruitful, they’re considered brave and real go-getters. But women in trading usually take longer to assess their options and determine the best possible outcomes before making any trades.

That’s why women – on average – usually opt for long-term trades, for instance, than men. To paint the picture more accurately – and unfortunately having to rely on a common stereotype – most women start planning their weddings from a very young age, while men make no such plans.

As much as stereotypes and generalizations are rarely a good thing, there can still be some truth in them. Namely, women are far more likely to “overthink” – or try to predict various outcomes of a single move they make – than men are. Naturally, this is perfectly reflected in their trading efforts as well. By focusing more on all the possible outcomes, women traders can develop contingency plans that will enable them to figure out a solution faster in case their trading efforts don’t go according to the original plan.

That, of course, gives women traders something of an advantage in the industry. Additionally, it’s also worth noting that thanks to this tendency to be more cautious, women traders are also more open to the idea of learning new skills and trying out various trading strategies. This prevents them from getting stuck in a rut, which is extremely important in the trading world.

Moreover, because many modern-day women are also mothers, it is no surprise that some prefer building a career in a field that doesn’t require a constant hands-on approach. That’s also one of the reasons why the number of female traders has significantly increased since trading went online.

Because trading became more seamless and easier to get into ever since it shifted to the online realm, more and more women – both mums and the ones that are not – find this career path attractive and quite flexible. Women are more open to asking for help and guidance than men whenever they encounter a problem they can’t solve. 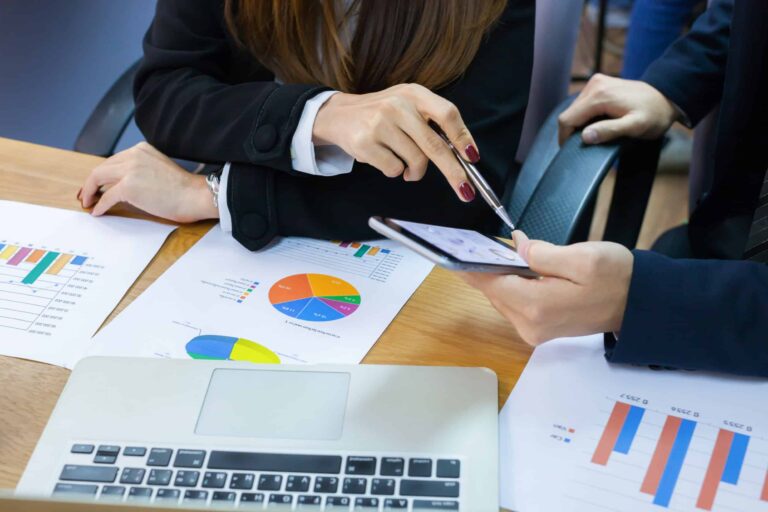 As much as we’ve emphasised how women approach trading significantly differently than men, success is – and always will be – gender-indifferent. A woman or a man will only achieve true success if they put in the necessary work.

By making sure you continue learning and improving your skills, you’ll further enhance your professional competency. If you ensure that you dedicate the necessary time and effort to becoming the best possible trader you can be, your gender won’t make any difference to the level of success you can reach. Sadly, this can’t be said for some other industries that are still more likely to promote men than women. In the world of trading, both males and females have equal chances of reaching the same levels of success because all traders have a level playing field.

Plenty of options to choose from

For instance, if you know about real estate and are generally interested in everything that’s going on within this industry, make such trades your main focus. Naturally, to significantly improve your chances of success, you should never focus on a single type of trade, commodity, or industry. Instead, try to branch out as much as possible. Sticking to the example, you’ll have plenty of different options to choose from when it comes to real estate trading, leaving you plenty of room to diversify your portfolio and thus boost your chances of success.

Therefore, if you’re looking to build a lucrative career in one of the most profitable industries in the world, you should most certainly consider giving trading a go. This industry offers plenty of options to reach success, and the best part is that the level of success you manage to reach will solely depend on your dedication and efforts. While there are still industries that value male workers significantly more than female ones, the trading industry is not one of them.

So, if you wish to establish yourself as a true industry professional without necessarily having to compete against men for the spotlight, focus on learning the ins and outs of trading and begin your journey. As mentioned previously, this career path will provide you with numerous options to grow – both on a personal and professional level. It will also leave you plenty of room to focus on other things in life, such as your family and your general wellbeing.

Why Is Trading a Great Career Choice for Women in 2022?

Even though the age of “men-only” businesses and industries has …