Gold has been the standout sector amid the coronavirus-led market volatility. The spot gold price breached the US$1800/oz level last week — a new 9-year high — investors continue to pile into ASX-listed gold juniors.

And while some impressive gains have already been made, it’s a sector that looks to have plenty left in the tank.

Both Goldman Sachs and VanEck expect gold to continue its rise and reach US$2,000/oz within the next 12 months, forecasting that investment demand will continue to grow — even as the global economy recovers.

Behind gold’s surge is the major central banks move to keep interest rates lower for longer in light of the COVID-19 pandemic, while an expected return of discretionary purchases of gold and gold jewellery is also having an impact, particularly as Asian consumers gain more confidence in the stability of their jobs

GTI Resources (ASX: GTR) is a first mover in the Utah uranium space on the ASX, but what many don’t know is that GTR also has a Western Australian gold project that is starting to look increasingly interesting to investors.

The increased attention on the company’s 100% owned Niagara Project near Kookynie in the Eastern Goldfields has been driven by the soaring gold price for one, while its WA neighbour, Metalicity Ltd (ASX: MCT), recently gained almost 250% after hitting “spectacular” high grade gold assays at its Kookynie project.

MCT, whose successful gold drilling was completed just 2-4km north of GTR’s project, has a market capitalisation of ~$35 million. It has a 50% interest in the Kookynie project, giving a read through value on the project of ~$70 million.

GTR, meanwhile, is currently capped at less than $14 million, and it is armed with both high potential uranium assets, and its 100% owned Niagara gold project in Kookynie, WA.

It appears the market has not fully priced in GTR’s WA gold project, but with an RC drilling program soon to commence, it is unlikely to remain that way for long.

While the focus has been largely fixed on GTR’s Jeffrey Uranium project, GTR has been quietly advancing its gold project in WA.

Just today, the company announced it had completed a detailed aeromagnetic survey at its Niagara Project. 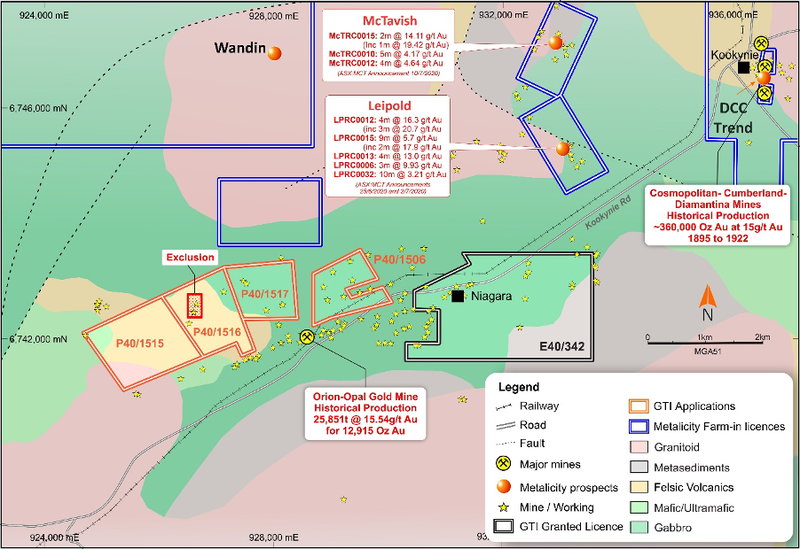 The detailed fixed wing airborne survey aims to define and map potential north trending structures within the buried magnetic basement, that are associated with gold mineralisation in the Kookynie region.

Final magnetic data is expected to be available within the next two weeks and will help to refine a follow up field program.

Permitting for up to 5,000 metres of RC drilling has been approved and GTR is working towards

an initial drilling campaign to be conducted during September 2020.

GTR has identified a number of significant gold in soil targets within the northern and central parts ofE40/342, including a strong 500m long, 100m wide anomaly up to a peak of 38 ppb Au, in the north‐eastern corner of the licence.

The anomaly lies on a similar orientation to other known gold mineralisation within the Niagara/ Kookynie district.

Recent highly successful exploration drilling conducted by MCT and Nex Metals Exploration Ltd (ASX: NME) at the JV’s Leipold and McTavish prospects at the Kookynie Gold Project demonstrates the potential of the region to be a prolific area.

MCT has since consolidated and currently has a $35 million market capitalisation – still more than double that of GTR. Yet MCT have just a 50% interest in the Kookynie Gold Project, while GTR has a 100% interest in its Niagara Project at Kookynie, WA. 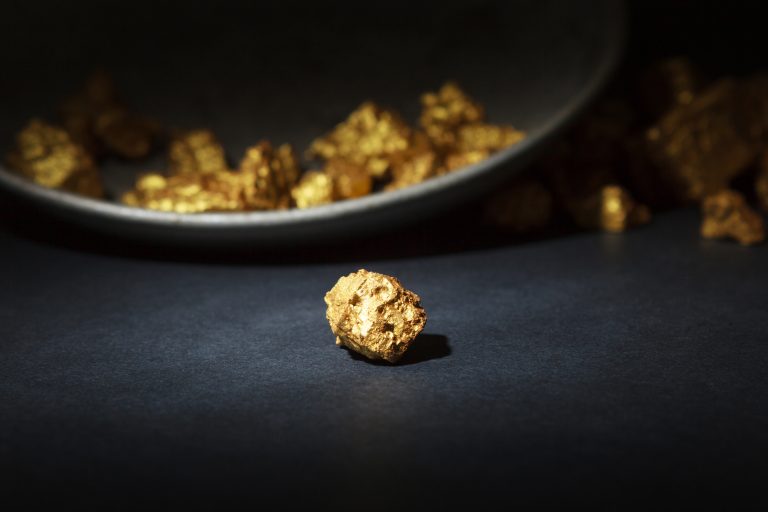 While the company’s Niagara gold project in WA’s Eastern Goldfields hasn’t yet received nearly as much attention as its Jeffrey Uranium Project in Utah, it presents significant potential for GTR and its shareholders — particularly in the current gold price environment.

Given its work at the Niagara project, a steady stream of newsflow is expected over the coming weeks culminating in an RC drilling program.

Gold has been the standout sector amid the coronavirus-led market …