Asia rattled by European sharp sell off. Could this be signs of a storm brewing? 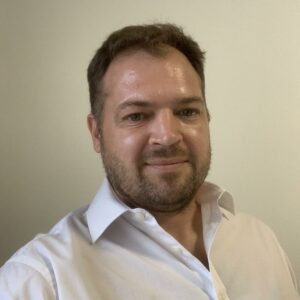 Some pretty miserable economic data out of Europe to start the week, with Germany losing its much-vaunted trade surplus on record energy import costs. From elsewhere on the continent, there are sticky purchasing managers indices and wide misses on the measures of investor confidence.

Traders returned from the US holiday weekend and were well and truly putting any thought of celebration behind them as they started to hit the bid at the open, as the wind of the European woes woke them, and the market sold off markedly.

The oil and industry complex were battered throughout the day. It sent the Dow Jones Industrial average down over 2.2% before recovering losses to settle down half a percentage point.

Oil prices suffered one of their biggest losing days in several months after falling more than 10% during the trading day. Brent recovered some losses to settle 9.5% lower at the close.

If considered a single entity, the European block plus the UK is the largest oil importer in the world. Their nose-bleed energy prices are starting to be reflected in their economic data and outlook, with international markets fearing spill over into their own.

A rapid drop in demand due to the over-extension of credit will lead to a marked fall in aggregate global oil demand and, ultimately, a recession.

Unfortunately for the European consumer, the sharp selloff did little to budge coal, gas, and power prices as Russian recalcitrance continues to prop power generation feedstock costs for the consumer.

Although oil prices were down, the supply chain was still taut. This is reflected in the futures market as the nearer crude deliveries are still fetching a high premium over the deferrals. This phenomenon in the oil market is referred to as “backwardation”.

The steep backwardation of the oil future curve suggests that demand is still more than matching what is available to the market, with refiners paying 4% and higher premiums for prompt delivery rather than deferring buying a month. 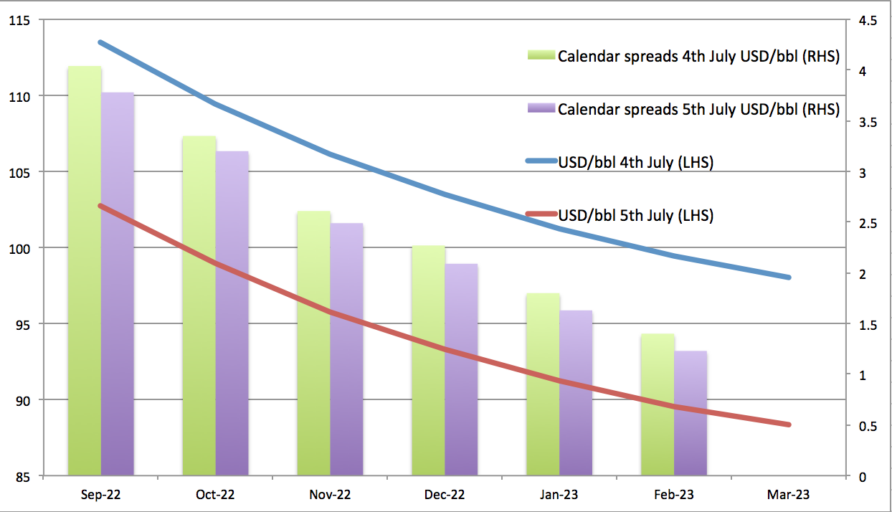 Sometimes a price pullback is precisely what the doctor ordered. The US tech indicator NASDAQ was higher by 1.75% overnight, and Australia’s tech sector has awoken and is rejuvenated today after months of pressure.

For software companies Xero Ltd ASX:XRO (XRO), up 6% in morning trade, and Altium Ltd ASX:ALU (ALU), up 4.5%, the fallback in oil prices was most welcome with a single checkmark in the growth column over inflation, with some work to do yet.

With the probability of a decrease in industrial demand for raw materials rising, iron ore tumbled 4% and led BHP down in morning trading, ASX:BHP (BHP) opening 4.3 % lower.

Thermal coal used in power generation is faring a little better on the back of sustained European demand as they battle to keep the lights on.

Producer Whitehaven Coal Ltd is down 3% ASX:WHC (WHC) at the open.

A perfect future in the short term for the markets involves the following:

There are paths to exit this current market turmoil, but we won’t know how difficult they will be until we walk them.

Asia rattled by European sharp sell off. Could this be signs of a storm brewing?