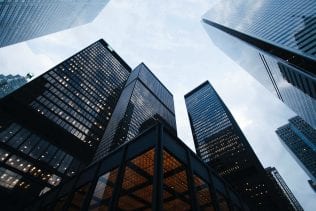 As the world seemingly crumbles around Australia, questions are being asked: Are we set to become part of the global crisis?

Recently, Australia has seen commodity prices fall, which would normally see the AUD fall with it. A lower AUD would help Australian exporters become globally competitive and remain profitable even if resource demand were on the lower end of the scale.

However, this once text book economic play has not evolved. Recently we have seen demand for Australian resources drop swiftly as economic data from China shows a slowing in their previously insatiable appetite for growth. Macroeconomic forces are taking their toll.  This decline in resource demand should be balanced by a lower Aussie Dollar (AUD), but this time it is bucking the trend and remains stubbornly high.

Calls for market intervention and rate cuts to bring the AUD down are possible solutions but first, we need to understand why the Aussie is one of the most sought-after currencies in the world.

Investors are growing tired of parking their funds in traditional safe-haven assets for very little if any return.

The US Treasury 10 year bond is known as the safety king but it only offers 1.6% return (yield) for peace of mind. It’s a high price to pay for missed earnings potential.

At the height of uncertainty surrounding the European debt crisis, German shorter term bonds actually offered a negative return, meaning you had to pay them for holding your money. This would have been unthinkable previously, but in these uncertain times investors have been more concerned about getting their money back than what returns they made.

Now compare these options to another AAA rated Bond that can offer over 3% return. How do I get me some of that, I hear you ask?

Well, that is what Australia offers on its 10 year bonds. This yield attraction has seen the A$200B+ bond offering registering high levels of foreign ownership – currently over 80%. This means that a fair amount of AUD’s need to purchased to pay for the AUD denominated Government bond. As the issuance of Government Bonds reaches its maximum issuance, offshore investors are now looking to Australian State and Corporate Bonds which means that the need to exchange for AUD looks set to continue whilst the yields are higher than the rest of the AAA rated world.

These relatively high interest rates and the more stable environment have attracted yield chasers in all forms. The old fashioned Carry Trade continues to keep AUD high on the longer term holding list. This sees investors borrowing in currencies that charge very little interest, such as JPY 0.1%, and buying AUD to earn a greater amount of interest.

Australia has also seen strong offshore demand to fund projects in Australia, mostly around mining infrastructure projects that command big dollars. This has seen some of the world’s biggest firms keeping profits and payments in AUD for the benefits it holds rather than transferring back to USD, EUR, GBP etc like they have done in the past.

The final point underpinning the high demand for the AUD is based on the same common theme; for a relatively safe asset the Aussie offers reasonable return. Central Banks have needed to diversify large currency reserves out of unstable currencies, particularly in Europe. In the last year or so, a large number of Central Banks have diversified their reserves into the AUD with the most recent notable addition being the Swiss National Bank.

The bank intends to cap how far the Swiss Franc can appreciate against the Euro, and this decision has seen them accumulate a massive amount of Euros. This opens them to risk should a worst case scenario eventuate and the European Union disbands. They have been able to minimise this risk by buying up other currencies in exchange for their large Euro holdings.

Businesses normally rely on the AUD to reflect economic conditions; when the economy starts to suffer, the AUD should retreat. A lower dollar helps our exporters become competitive. By not having this release valve, Australia could find itself in a very vulnerable position, especially with not knowing the extent of the China slowdown.