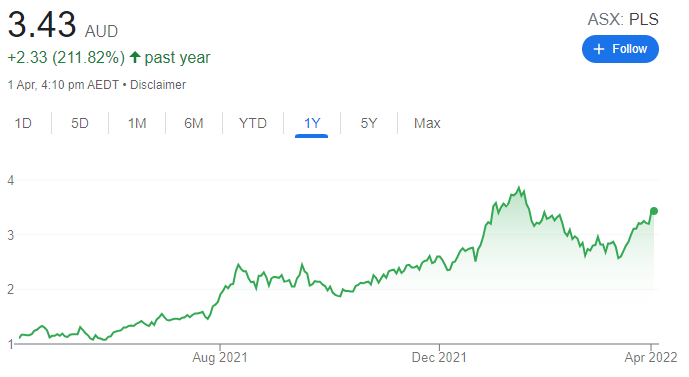 Growing demand for lithium is translating to rising share prices for lithium miners. Pilbara Minerals is one of Australia’s biggest producers. PLS has reversed the downtrend from earlier this year and we expect the share price to move higher from here. The shares have risen from $2.57 on March 15 to trade at $3.215 on March 31. 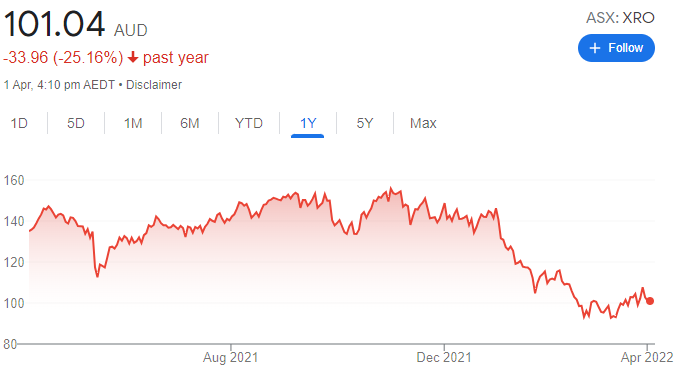 Technology stocks were sold down in the past six months, as the outlook pointed to increasing interest rates. The share price of this accounting software provider has fallen about 30 per cent in the past six months to trade at $102.97 on March 31. Our charting analysis indicates the selling has been overdone and XRO appears to be in the early stages of a new uptrend. 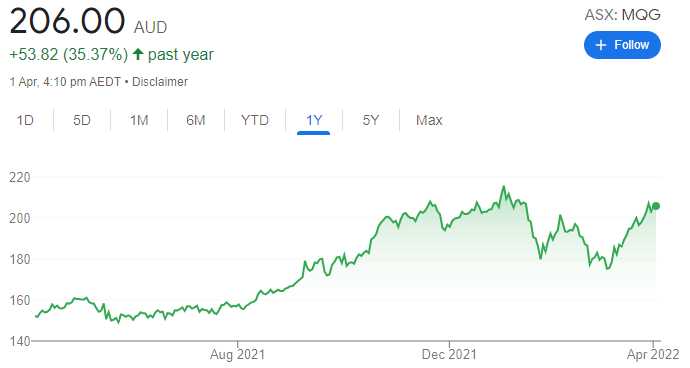 This diversified financial services company remains robust, and we believe rising interest rates will lift Macquarie’s earnings. This should lead to the share price regaining its premium rating. The charts also indicate further price upside momentum. The shares have risen from $175.31 on March 7 to trade at $205.10 on March 31. 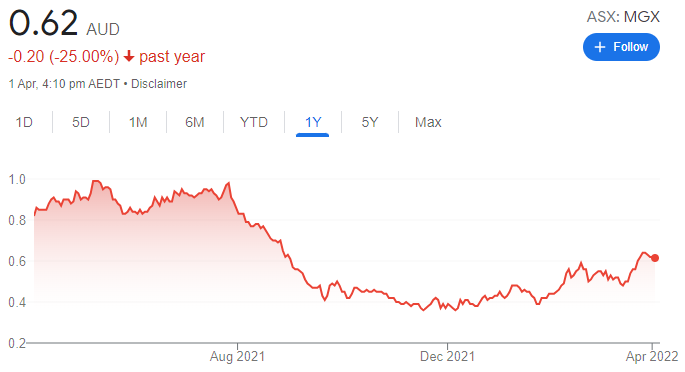 The share price has risen about 10 cents since we recommended MGX as a buy in TheBull.com.au in late February. The shares were trading at 64.5 cents on March 31. The company has benefited from stronger iron ore prices. The charting profile indicates more share price upside from here. We anticipate resistance near 75 cents a share. 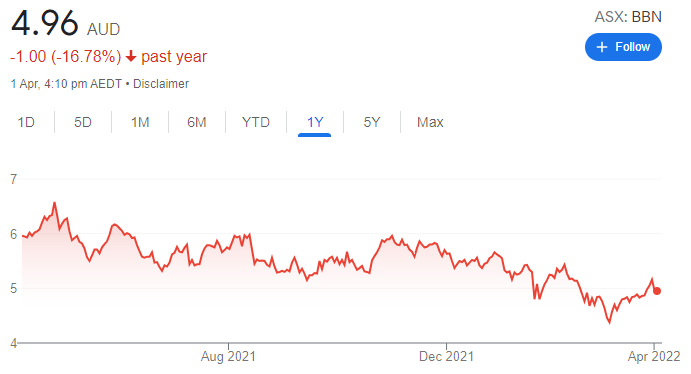 The company generated first half 2022 total sales of $239.1 million, a 10 per cent increase on the prior corresponding period. The share price weakened following a solid result reported on February 11. The share price has fallen from $5.43 on February 10 to trade at $5.11 on March 31. In our view, better growth opportunities exist elsewhere. 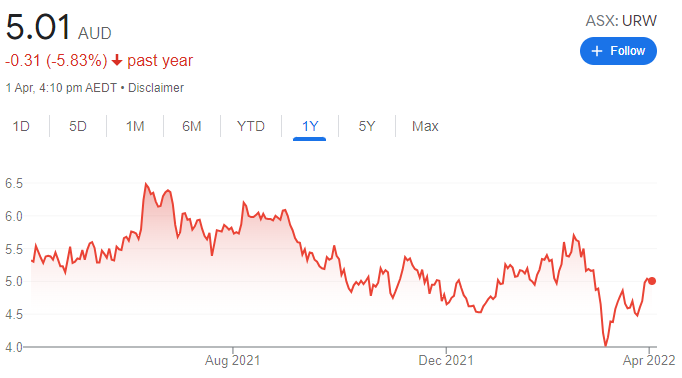 URW owns and operates shopping centres in Europe and the US. In our view, bricks and mortar outlets face stiffer competition from the online retailing world. Also, consumer confidence is relatively fragile, which may impact retail sales. The share price is continuing to struggle at this point. 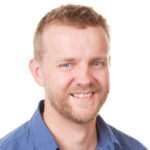 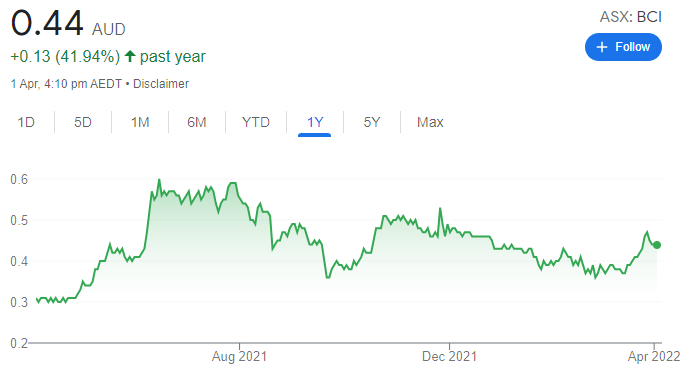 The company is developing its 100 per cent owned Mardie Salt and Potash project in the Pilbara region. Recently, the share price has been well supported, rising from 36.5 cents on March 4 to trade at 43.5 cents on March 31. The company is cashed up after a capital raising last year. BCI receives quarterly royalty earnings from an iron ore mine. We like the company’s outlook. Formerly known as Leigh Creek Energy, NRZ is advancing its urea project in South Australia. The plan is to be a low cost producer. The company has ample supplies of low cost feedstock. The shares have risen from 13.5 cents on March 8 to close at 17.2 cents on March 30. Price momentum is favouring the company at this point in the cycle. The company offers potential, but remains a speculative buy, in our view. The shares were placed in trading halt on March 31. 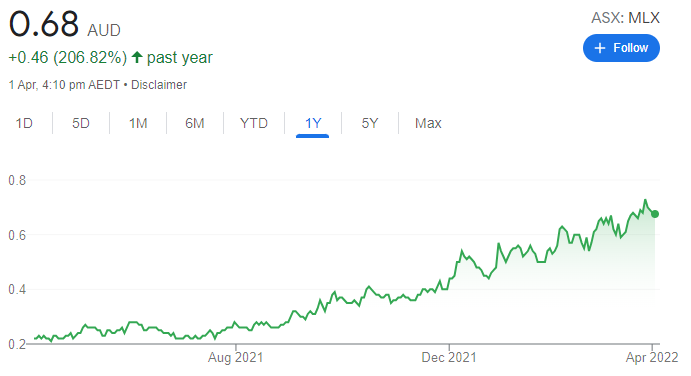 MLX is Australia’s largest tin producer. The share price has risen from 54 cents on February 24 to trade at 69 cents on March 31. But recent falls in the tin price are yet to be reflected in the MLX share price. Buyers appear cautious at this point. I expect the share price uptrend may pause and consolidate the recent rally.

The share price has rallied since I recommended MGX as a buy around 44 cents in TheBull.com.au on February 7. The iron ore producer was trading at 64.5 cents on March 31. Technically, the share price looks ready to move higher. I expect buyers will provide continuing support if the share price retreats. 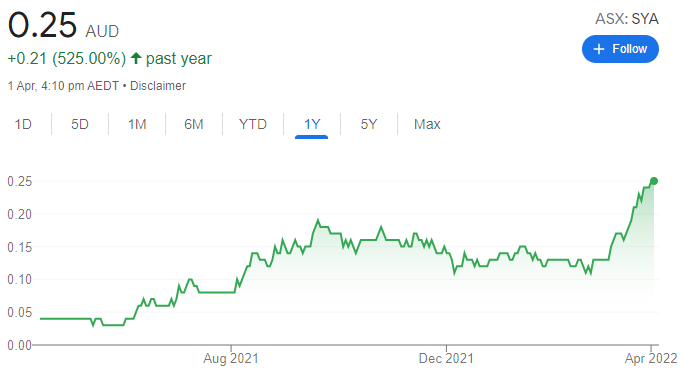 Since early March, the share price of this emerging lithium producer has doubled to trade at 24.7 cents on March 31. Prior to the latest rally, SYA spent months consolidating around 11 cents. I believe the stock has been over bought, as it has run too hard, too soon. Investors may want to consider locking in some gains. 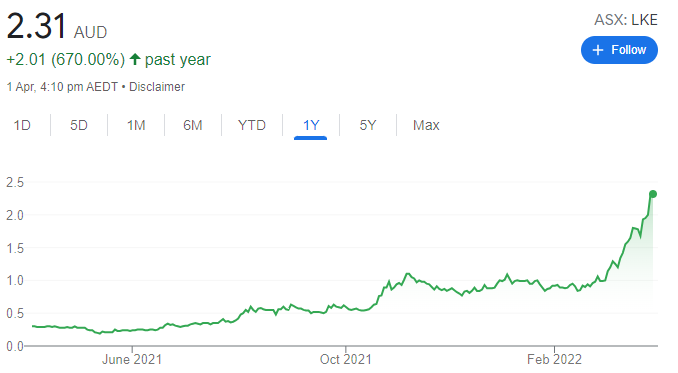 This lithium exploration company enjoyed a stellar run in March, with the share price rising from 97 cents on March 2 to trade at $2.03 on March 31. My technical analysis suggests the recent trend higher is likely to stall, so investors may want to consider locking in some profits by selling into strength. 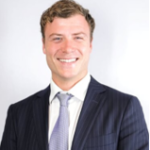 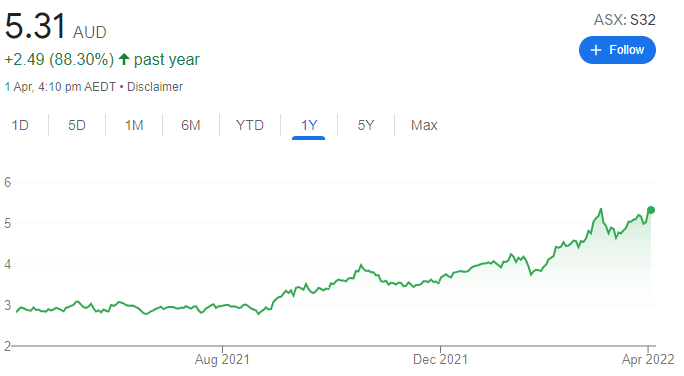 The diversified miner achieved a record operating margin and a significant improvement in its underlying 2022 half year result, despite lingering cost pressures. Global infrastructure investment is expected to lift demand for the metals critical for a low carbon future, which will assist S32’s earnings. Aluminium, nickel, zinc, lead and silver contribute more than 44 per cent to underlying earnings. Australia’s leading supplier of natural gas recently announced a significant oil discovery off the Western Australian coast. STO posted an underlying profit of $US946 million in fiscal year 2021, a 230 per cent increase on the prior corresponding period. STO is benefiting from global energy demand and rising crude oil and LNG prices. 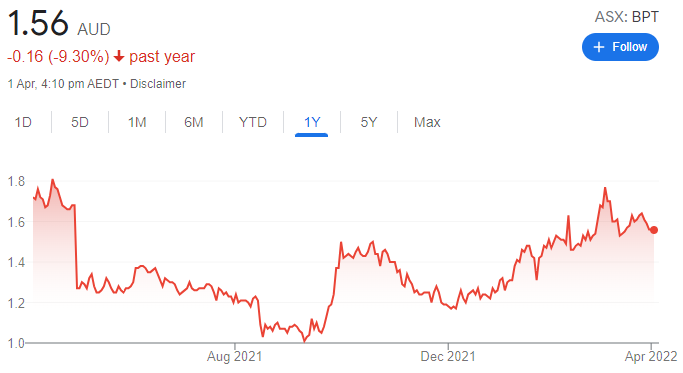 This oil and gas explorer and producer reported a first half 2022 net profit after tax of $213 million, a 66 per cent jump on the prior corresponding period. A 75 per cent increase in the realised oil price was a major tailwind. The outlook for the oil price continues to be favourable, with BPT making progress towards a production target of 28 million barrels of oil equivalent. 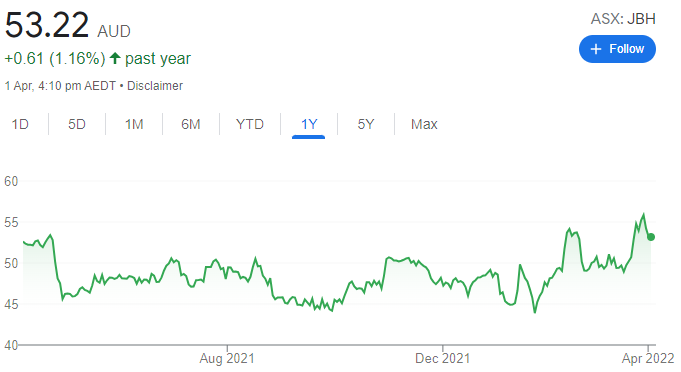 Australian operations at this consumer electronics giant generated solid sales growth of 11.3 per cent in the third quarter of fiscal year 2022. Cost control and inventory management are assisting gross margins, particularly at the The Good Guys retail chain. Margins should also be supported by a stronger Australian dollar lowering import costs. The share price of this global online retailer has fallen from $3.67 on January 4 to trade at $1.155 on March 31. CTT founder and chief executive Dean Mintz recently sold 35 million shares, or 9.18 per cent of the company’s issued capital at $1.35 a share in a block trade. Mintz retains a 56.72 per cent shareholding in the company. CTT reported a statutory net loss after tax of $8.299 million in the first half of fiscal year 2022. Higher interest rates and inflation may weigh on discretionary spending. 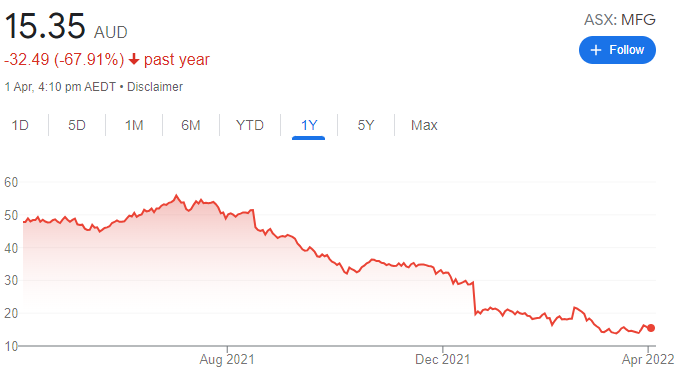 The share price of this global fund manager has fallen from $45 on March 30, 2021 to trade at $16.11 on March 31, 2022. Founder Hamish Douglass recently resigned from the board. The company experienced net outflows of about $5 billion between February 25 and March 11. We prefer others at this time.