Some investors lose patience waiting for “next big thing” breakthroughs. The time between concept and commercialisation to generate substantial returns on stock market investments in companies involved with the reportedly revolutionary capabilities of the breakthrough and seem an eternity.

Others realize the path from concept to profit can be long and torturous. Such has been the case with graphene, a material derived from graphite and once hailed as a breakthrough rivaling the onset of the industrial revolution.

The material was created at the University of Manchester in 2004 by researchers Professor Sir Andre Geim and Professor Sir Konstantin Novoselov. The two went on to share the 2010 Nobel Prize in Physics for their work developing graphene.

What makes this material revolutionary is its remarkable properties. The simplest way to think of graphene is a hexagonal layering of carbon atoms, as depicted in the following pictogram from the Turkish research and development consulting firm NANOGRAFEN. 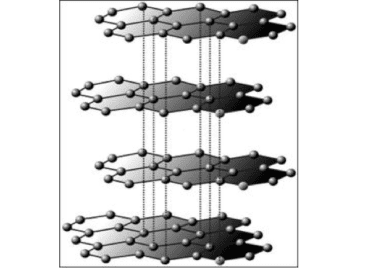 Graphene is the thinnest material in the world. Despite its one-atom thickness, graphene is stronger than steel with other amazing properties including superior electrically conductive performance over copper, superior performance as a conductor of heat and absorption of light, among others.

Investors are justifiably less interested in the technical specifications of a substance like graphene, opting instead to base investment decisions on how the material can be used.

From NANOGRAFEN we can see some of the potential applications that excited investors over the prospects of early graphene players on the ASX. 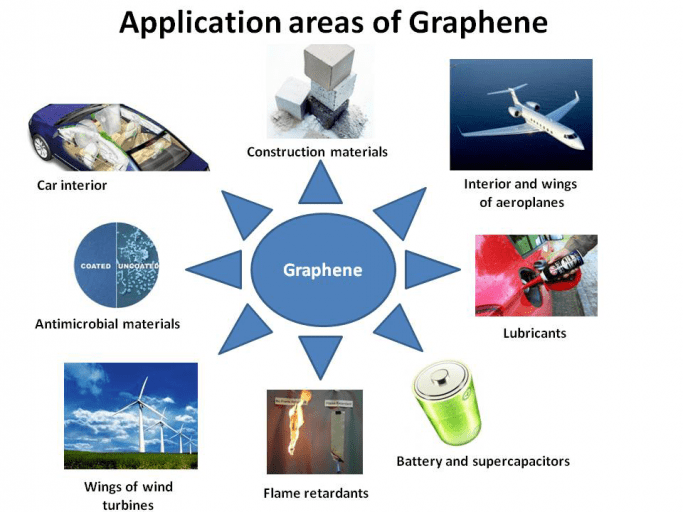 Absent from the graphic were three of the early drivers of the share prices of graphene players – 3D Printing applications, a replacement for silicon in chip manufacturing, and graphene-based energy storage.

Reputable sources for investing ideas including McKinsey & Company and Bloomberg tantalised investors with tales of potential uses for graphene.

Financial websites were flooded with stories of potential major developments.

A “graphene ball” developed by researchers at the Samsung Advanced Institute of Technology could increase the capacity of Li-Ion batteries by 45% and reduce charging time to 12 minutes.

A company in Spain — Grabat Energy – developed a graphene battery that would boost the range of Electric Vehicles (EVs) to travel 500 miles on a single charge and reduce recharging time to “a matter of minutes.”

Researchers here in Australia at Monash University along with researchers from US Rice University have developed a graphene coating for copper.

Researchers at MIT (Massachusetts Institute of Technology) in the US have developed a graphene based solar panel.

IBM was sponsoring a project to replace silicon in chip technology, with graphene being a leading contender.

Graphene has yet to deliver on its highly touted commercial potential, with investors being reminded that revolutionary applications are of limited value if the costs and development time of commercial-scale production are prohibitive.

There is one potential application for graphene that appears to be inching towards mass-scale use – as a performance enhancing additive for construction materials.

In early November of 2019 ASX listed Talga Resources (TLG) announced the start of a commercial-scale trial of the company’s functionalised graphene (Talphene®) additive to improve the performance of commercial marine coatings currently in use. The test involves an ocean-going container vessel.

Talga is one of four ASX listed companies working on “innovate” applications of graphene. The following table includes share price information for all four.

Talga began as a gold miner but changed its name to Talga Resources as the company began to focus on its four graphite assets in Sweden and graphene processing. Today Talga is the only fully vertically integrated graphene manufacturer on the ASX with its Swedish mines supplying the company’s graphene processing facilities in Germany. The company has wholly owned subsidiaries for each of its operating centres. Talga Battery Metals AB and Talga Graphene AB operate the Swedish graphite mining assets along with four cobalt assets; Talga Advanced Materials GmbH operates the testing and processing operations in Germany; and UK based Talga Technologies Ltd operates the company’s research and development (R&D) facilities.

The company’s self-description is “a producer of advanced battery anode materials and graphene additives.” Talga Battery Metals AB is building a wholly owned anode refinery (Luleå) to be supplied by one of its Swedish graphite mining assets.

While some investors gravitated to Talga based on potential EV battery applications, the company’s strategy is to first identify potential applications where the company’s purported cost-effective graphene processing capabilities can improve the performance of commonly used materials.

The company now has industry partnership arrangements with four European companies for potential incorporation of the Talphene® additive into their products.

Its first major test of graphene additives in a marine industrial coating is underway. The company also has plans for graphene performance enhancing applications in composites, resins, and cement. Graphene enhanced concrete has the potential to conduct electricity to de-ice roads and charge EV batteries on the go.

The company’s principal product is EdenCrete®, a carbon nanotube enriched admixture for concrete. Carbon nanotubes (CNTs) are cylindrical molecules made up of sheets of graphene. Sales of EdenCrete® were up 127% year over year with the product in use in the US States of Georgia, New York, and Colorado, with sales approval in the state of Texas pending. EdenCrete® is also approved in Alaska, Arkansas, Mississippi, North Carolina, Oregon, South Carolina, Tennessee, Virginia and West Virginia.

The company has trials of EdenCrete® underway here in Australia and in Korea, India, and Europe.

Eden Innovations also markets OptiBlend™, a fuel control valve allowing existing diesel-powered generators to run on natural gas or other alternative fuels. The company is collaborating with the University of Queensland to develop a carbon nanotube for use in plastics called EdenPlast™.

The company has two other potential products under development. Hythane™ blends hydrogen and natural gas and hydrogen to reduce both cost and emissions.

The Pyrolysis Project is a method of producing carbon dioxide free Carbon Nanotube, Carbon Nanofibre , and Hydrogen from Natural Gas. The resulting products and stronger than steel and superior conductors of electricity. The process has been commercialised at an Eden facility in Colorado.

The Eden share price got a boost in mid-July following positive announcements of further US approvals, the first sales in Australia, and the commencement of marketing in India.

First Graphene (FGR) adopted its new name in October of 2017 to more accurately reflect its business focus as a producer of graphene from a secure source of graphite in Sri Lanka.

The company is the only seller of graphene products in Australia through its line of High performing PureGRAPH ™ products.

The company is now selling and testing PureGRAPH ™ products under industry specific names, like Armour-GRAPH™ for mining equipment and FireStop ™ for fire resistant coating applications.

Mining services provider NewGen has placed an order for 2,000 kg of PureGRAPH® products for use in to Armour-GRAPH™ products for 2019 delivery.

Chemiplas, a privately-owned supplier of raw materials and advanced technologies in Australasia and New Zealand, is testing PureGRAPH ™ graphene powder as an additive to the company’s recreational equipment product line.

First Graphene has a collaboration agreement with FlexeGRAPH – a developer of advanced cooling technology — to supply graphene for suitability testing in their products.

The company has yet to generate substantial revenue much less a profit, but First Graphene is targeting large scale sales and has multiple products close to entering their industry markets. The company anticipates reaching cash flow breakeven levels by the end of 2019, followed by strengthening volume sales growth.

Archer Materials (AXE) is another company that changed its name from Archer Exploration to reflect a changing business model. The name change, effective on 5 November of 2019, supports the stated goal of “developing and integrating materials to address complex global challenges in quantum technology, human health, and reliable energy.”

While the company’s key focus of the moment is the development of a room temperature quantum computer chip, Archer is also working on disease-detecting graphene ink biosensors. The company has a Material Transfer Agreement with leading German biotechnology company that specialises in commercial biological detection technology and materials. The German company is developing and improving biosensing technology for emerging markets. The agreement calls for a fabrication of a proof-of-concept biosensor. In FY 2019 Archer received a licence agreement for exclusive rights to develop and commercialise intellectual property (IP) related to carbon-based quantum computing technology with the University of Sydney.

The company is still involved in mining exploration, with assets in graphite, copper, cobalt, manganese, tungsten, nickel, gold, and aluminum.

Archer is in the early stages of executing its revised business model, but year over year has attracted more investor interest than any of the other stocks in our table.

Some investors lose patience waiting for “next big thing” breakthroughs. …