Building more houses quickly is harder than it looks

Thanks to HomeBuilder and the housing price boom, house building is experiencing its hottest year on the record. 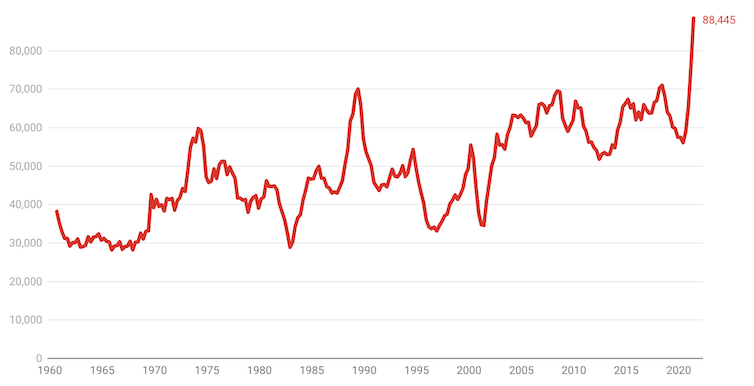 It would be entirely reasonable to expect the record number under construction to be converted to record completions. That’s the point of construction.

But bizarrely, the same set of Bureau of Statistics figures show no such thing. Even after an enormous jump in construction, and all through previous jumps in construction, the number of houses completed each quarter has changed little.

In this year’s June quarter, it was 28,399 — little more than the quarterly total at any time over the past five decades.

It is as if starting building is one thing, and finishing it is another. 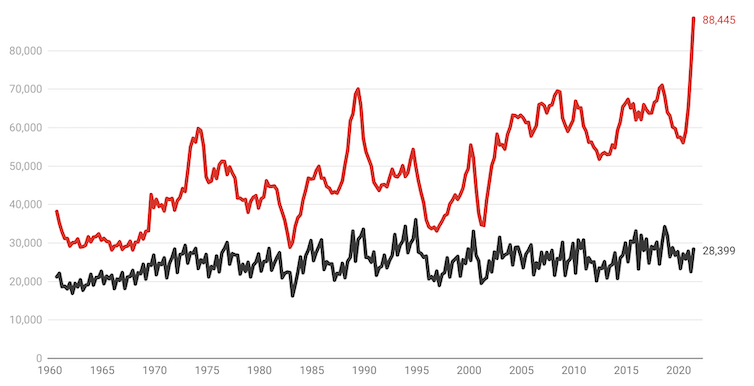 The 88,445 or more houses presently under construction will eventually be built, but it is going to take seriously longer than normal.

Our research shows every time the number of houses under construction has peaked, completion times have blown out.

During the smaller 2001-2008 construction boom, the average completion time blew out from 5.2 months to seven.

Our projections suggest this time it will sharply blow out from 6.5 months to more than nine by the end of this year.

The impact will be felt by hundreds of thousands of Australian house buyers, builders, subcontractors and lenders.

Why can’t we build faster?

Houses are not built on production lines. Unlike other universal purchases such as cars, each house is built individually.

And the method hasn’t changed much in 100 years.

The people we call builders are better described as project managers who rarely employ in-house tradespeople or have long-term contracts with subcontractors.

The way they manage the process has not changed much since the introduction of construction checklists by AV Jennings in the 1970s.

The method is hard to scale up, and unresponsive to demands for speed.

It is ripe for innovations such as offsite construction and prefabrication, but it isn’t clear the authorities are especially aware of the problem.

Now would be a good time. Builders could absorb the costs of changing processes while demand was high, taking advantage of the changes when demand recedes.

But I’m not hopeful. Too much talk is about housing supply in the abstract rather than how to achieve it concrete.

Building more houses quickly is harder than it looks

Thanks to HomeBuilder and the housing price boom, house building …