The ongoing pandemic is a transformative global event and due to its ever-changing status, it is difficult to keep track of how it is affecting economies, businesses, governments and society. It is clear that the overall health, social and economic consequences of COVID-19 as a global event, despite not yet fully realised, are unlike any other in the history of mankind. The impact on businesses, and small businesses in particular, is being felt hard, but the sector is already adapting by embracing technology and changing work practices. Furthermore, equipment financing is popular amongst Australian small businesses during these unprecedented times.

We first witnessed the disruption to the Chinese economy at the start of 2020 and though unprecedented restrictions were introduced all over the world in an attempt to contain the virus, its impacts were soon felt all over the world, including Australia. 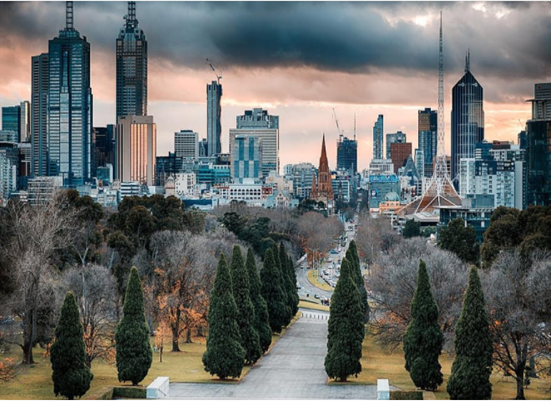 At the time of writing, life in Australia is slowly but steadily starting to return to something like it was before the virus reached its shores. Across the country, restrictions are easing as each state decides the best route forward. While there is an overall feeling of optimism among the Australian eople, it does not mean the country is taking the continuing situation lightly, with many restrictions set to remain in place into 2021.

Many experts around the world have praised Australia on each of the four main defences against the virus; social distancing & internal movement, testing, tracing, and international border control. With the current increase in coronavirus cases in other parts of the world, International travel, which has been banned since March, looks likely to continue for the foreseeable future. However, individuals from New Zealand are now allowed to travel to two Australian regions, New South Wales and the Northern Territory, without the need to quarantine upon arrival. The so-called travel bubble currently only applies to these two regions, but Australian officials have voiced hopes to expand on the current measures in the coming months if it is safe to do so.

The Current State of Australia’s Economy

Australia’s economy is unique in that it continued to grow during the 1998 Asian financial crisis, the dot-com bust of 200-2001 and the 2008-2009 global financial crisis. A country enters a technical recession after witnessing two consecutive quarters of negative growth. Many described Australia’s economy as impenetrable when they became the only major economy in the world to avoid entering recession during the 2008-2009 global financial crisis, primarily due to demand from China for its natural resources, including iron ore and coal.

However, the economic fallout of the ongoing pandemic has resulted in Australia falling into recession for the first time in almost thirty years. The 7% fall in gross domestic product (GDP) in the April-to-June quarter was the largest quarterly fall since records began in 1959, coming after a fall of 0.3% in the previous quarter. Things went from bad to worse for Australia with the pandemic arriving just as the country was overseeing a devastating bush fire season. The brushfires had a major impact on the tourism industry with many businesses losing out on the income generated from the vital seasonal months. Ultimately, the bushfire and the pandemic has led Australia into an unprecedented position, a first recession in nearly thirty years and almost one million people out of work in the process. While the overall situation is bleak, there is some hope as Australia appears to be faring better than other countries in the Asia Pacific region as well as the majority of most other advanced nations.

Main Street Vs. Wall Street: The Impact on Small Businesses

Despite Australia’s economy faring better than a large proportion of other countries, it does not mean that they are not facing a long period of uncertainty. Small Businesses and their employees have been hit hardest and experts have warned that the road towards recovery will be slow and bumpy. Due to the nature of their business, it is main street and the working families that keep it functioning that are facing the brunt of the economic impact, while Wall Street is either continuing as normal or, in some cases, benefiting from the situation.

The fact is that the conditions main street rely on in order to thrive are also the first to be removed and/or reduced by the introduction of restrictions, as well as the changing behaviours of consumers in order to protect themselves. Whether it is due to restrictions put in place, personal choice or more and more people choosing to work from home, the amount of activity and foot traffic in Australia’s towns and cities has been much lower than usual since the emergency situation was announced.

Even with stores open, the rising numbers of people working remotely has meant a huge reduction in the number of individuals dropping into a coffee shop on the way to work or eating out on their way home or at the weekend. The heart and soul of main street is the hustle and bustle that foot traffic brings, and without it, Australia’s small businesses are the first to suffer. The pandemic has meant that the majority of Australia’s hospitality businesses have had to reduce their staff’s working hours and have reported a reduced demand for their services.

While the majority of main street relies on the movement of people for business, there are a number of powerful technology companies on Wall Street that are actually benefiting from the coronavirus recession. The companies benefiting are mainly in the technology sector, with the likes of Apple, Amazon and Facebook all profiting. This is in part due the nature of their companies, with it being obvious why Amazon is profiting, as more and more people are looking online for their shopping needs. It is also partly due to policy decisions made over the previous forty years that have been put in place to protect Wall Street in circumstances such as this.

There has been a major impact on the availability of credit for businesses due to the pandemic. The weakened economy has led to banks and lenders taking a cautious approach both when it comes to assessing new or extending old loans. The current economic environment is both uncertain and unpredictable with a large number of businesses feeling the pinch.

Naturally, the pandemic affects different businesses in different ways, which has led to banks becoming extremely wary of lending to certain sectors, especially when it comes to retail and commercial property, tourism as well as businesses attempting to take their firs loan. Unfortunately, this has had the biggest impact on small businesses who have voiced concerns over the how difficult it is becoming to access finance in recent months.

What About the SME Loan Guarantee Scheme?

In reaction to the pandemic resulting in a nation-wide lock down in March 2020, the Australian government introduced the SME loan guarantee scheme with the intention of providing much needed support to businesses in need. The scheme meant that the government guaranteed 50% of business loans to small to medium-sized enterprises (SMEs) by accepting the risk.

While the SME loan scheme initially assisted certain business, it appears to be ill-conceived with many SMEs unwillingly to take on additional debt. In addition, the ever-changing landscape has resulted in caution on the banks and lenders side, leading to the introduction of a complicated loan application process. This new process is somewhat comparable to an audit, with any potential applicant having to prove their financial security, which is of course a difficult task in the current economic climate. While the SME loan guarantee scheme works well in theory, the introduction of the loan application process has made it next to impossible for many businesses in need to take advantage of it.

What Happens Now? The Future of Australian Small Businesses

As can be expected, predicting the future at present is an incredibly difficult task. The correlation between how the spread of the virus is handled and the success of the economy rebounding should not be underestimated. There have already been clear signs that once shops reopen and people feel safe to get about their daily lives with some level of normalcy, the economy has the potential to bounce back relatively quickly.

It could be said that Australia is already emerging from the pandemic at less economic cost that many would have predicted, but with increased debt and a higher level of unemployment. Overall, the planned reduction in deficit should be not be rushed and the government will need to reduce any and all obstacles to productivity growth. The future of small businesses will be decided by the decisions made in the present and, ultimately, they will be relying on the government to invest in job subsidies and increase fiscal support in order to combat high unemployment rates for the foreseeable future.