While most market experts would agree that news can produce upward or downward moves in stock prices, not all retail investors incorporate the nature of the news into their Buy, Hold, or Sell decisions.

Unexpected global events and macroeconomic reports from governments or research institutions can drive the stock prices of entire indices or sectors within.

Unexpected events often trigger the market reaction of “shoot first and ask questions later” as the collapse following the announcement of the news dissipates in a few days. Advocates of short-term trading see such moves as potential buying opportunities for a quick profit.

The entire world saw this in action when an announcement from US President Donald Trump suspending negotiations on additional stimulus measures in the US crashed markets but reversed course when President Trump later announced resumption of talks on targeted stimulus measures. From the US financial website CNBC.com: 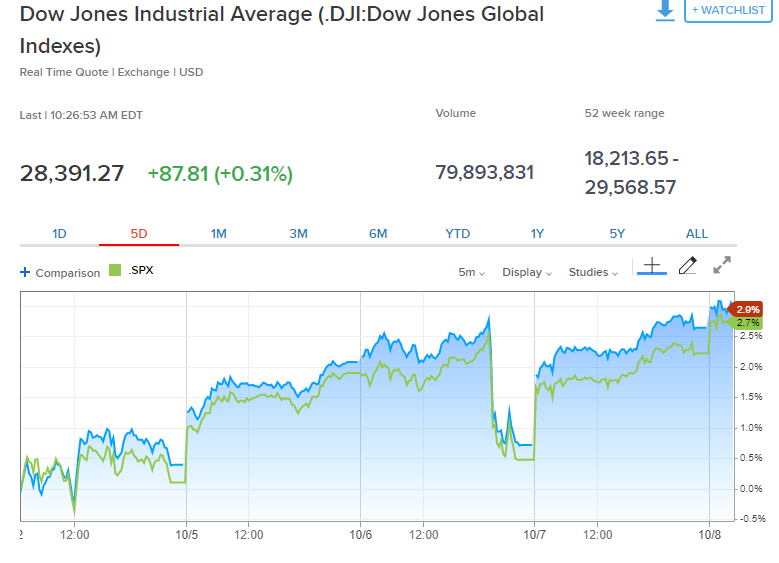 Another term borrowed from the diagnostic research and testing field bears mentioning here – false positives and its inverse, false negatives. When assessing the presence or absence of a given condition, the results come back positive or negative, indicating the presence or absence of the condition. News interpreted by the investment community as “signal” can yield false positive results.

Arguably, the most glaring example is global supplier of plumbing fittings, control valves, and mixing valves, Reliance Worldwide Corporation (RWC). On 1 October, the company issued a trading update to the market, highlighting positive sales trends over the last three months:

Although the investment community took the news as “signal”, sending the stock price up 10.5%, management commentary in the announcement clearly indicated the news could be “noise”:

Despite the cautionary statement and the continued gridlock over additional stimulus measures in the US, the share price went up and continues in an upward trend. 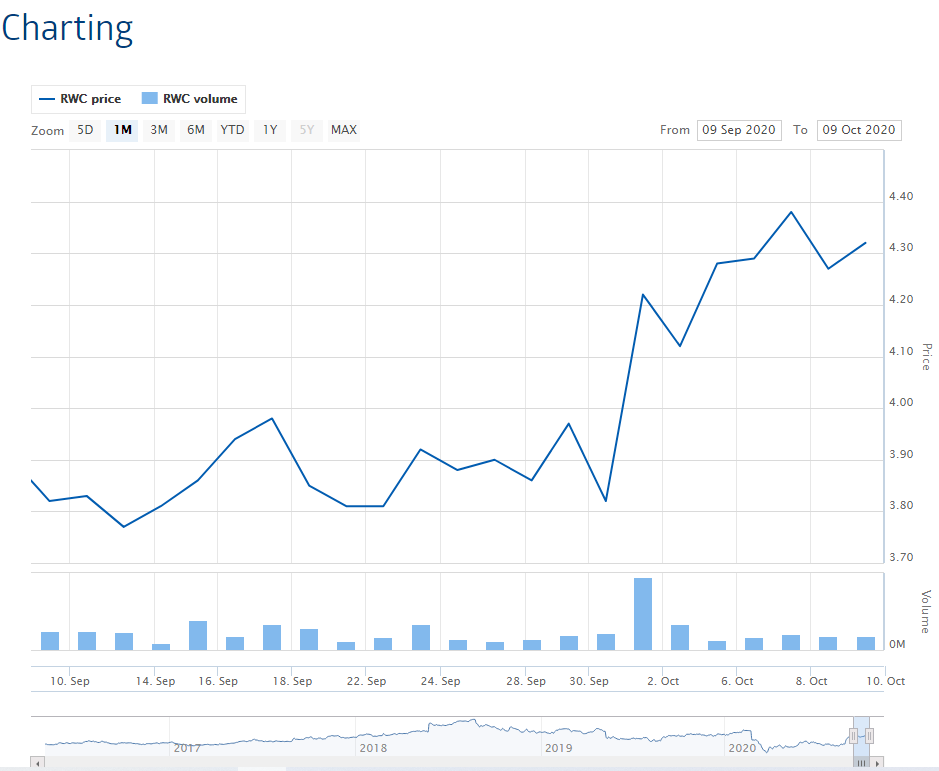 The market clearly interpreted an announcement from ASX powerhouse stock CSL Limited (CSL) as signal, but over time it may prove to have been a false positive.

The company has entered the frantic global competition for a COVID 19 vaccine, previously agreeing to supply the Australian government with approximately 30 million doses of the Oxford University/AstraZeneca vaccine candidate.

On 8 October, the CSL share price rose 2.43% in response to the announcement the company’s vaccine subsidiary, Seqirus, inked another agreement with the Australian government, this one for 51 million doses of the University of Queensland-CSL Covid-19 vaccine candidate, should clinical trials be successful.

Although the agreement includes financial assistance from the government up-front, CSL management included the following comment at the end of the announcement:

The clinical study will be a randomised double-blind trial, global in scope at more than 100 sites. The company estimates it will be March of 2021 before recruitment for the study is complete.

There are many reasons to consider investing in CSL, with its increasing dividend payments over five years among them, but this news appears questionable. Vaccines approved and ready to ship generate revenues. The CSL effort could find its clinical trial beginning while other competitors in the COVID 19 vaccine competition are done with trials and awaiting approvals. 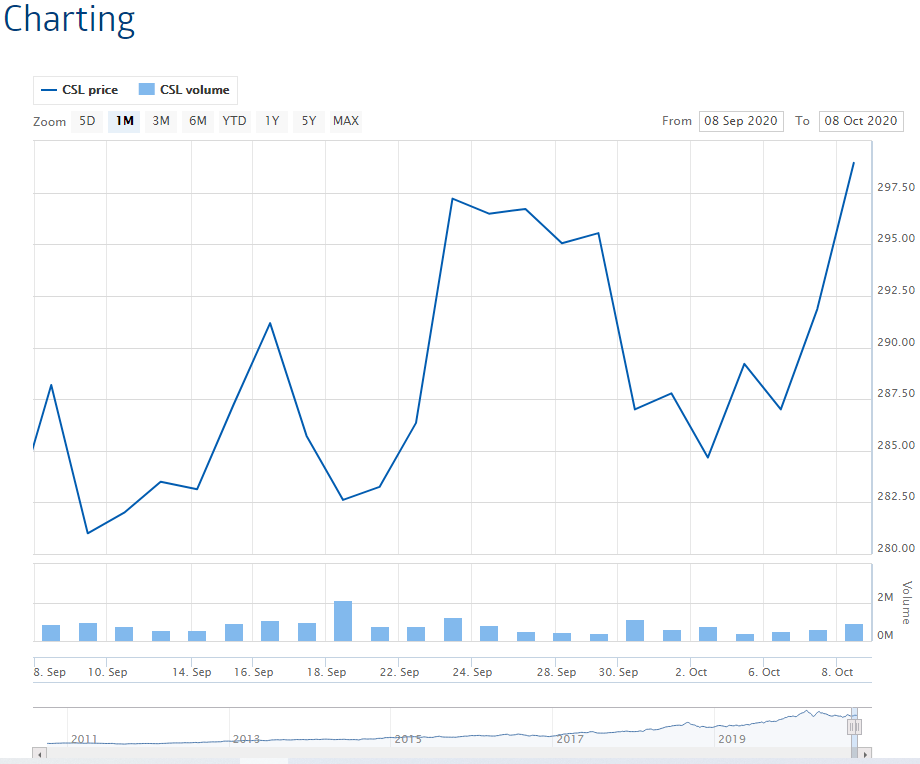 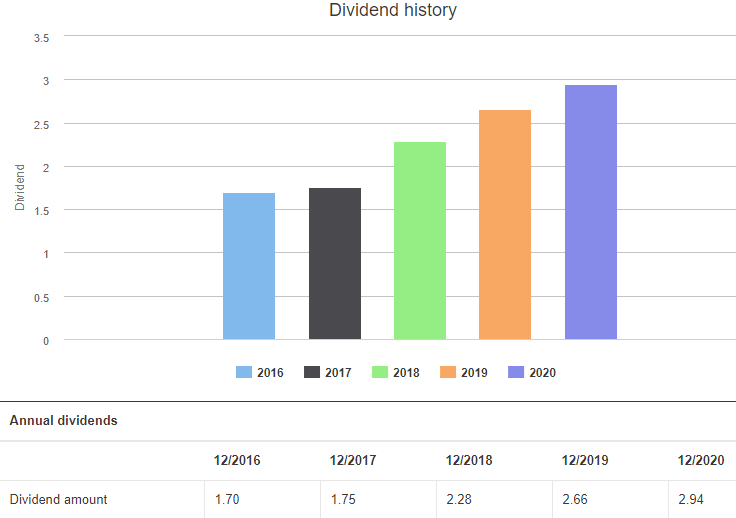 Small appliance manufacturer Breville Group (BRG) announced an acquisition that according to one financial analyst should add 3% to the company’s revenue in FY 2021. For a cash payment of $43 million dollars and $17 million in Breville shares, US based manufacturer of high quality coffee grinders Baratza joined Breville Group, with the expectation of maintaining its brand and unique business model.

Baratza offers “fix it” support to its customers.

Although the announcement was lacking details of how Breville might integrate the acquisition, company management stated the acquisition would be “complementary to Breville’s existing coffee business.”

This implies a “bolt-on acquisition,” incorporating the smaller company’s product line into the parents without the need for costly integration of operating divisions such as research and development existing in both the acquiring and the acquired company.

Breville’s Full Year 2020 Financial Results disappointed investors when revenues came in below analyst estimates, although they rose 24.9%, and profits came in at a year over year decline of 1.8%. Th company took an impairment charge on its in development of an internet of things (IoT) platform for connecting its multiple “smart” appliances and suffered from both pandemic related store closures and Amazon favoring sales of essential products at the height of the pandemic.

However, the “work at home” movement spurred interest in an array of small kitchen appliances for the stay at home cooks, a trend many experts feel will continue.

Breville Group has a solid dividend history with a two year dividend growth forecast of +11.5% along with a 2 year earnings growth forecast of +43.1%. The company’s average annual rate of total shareholder return is stellar, with +30.9% over ten years; +36.7% over five years; and +36.3% over three years. Dividend payments have increased each year over the last five. 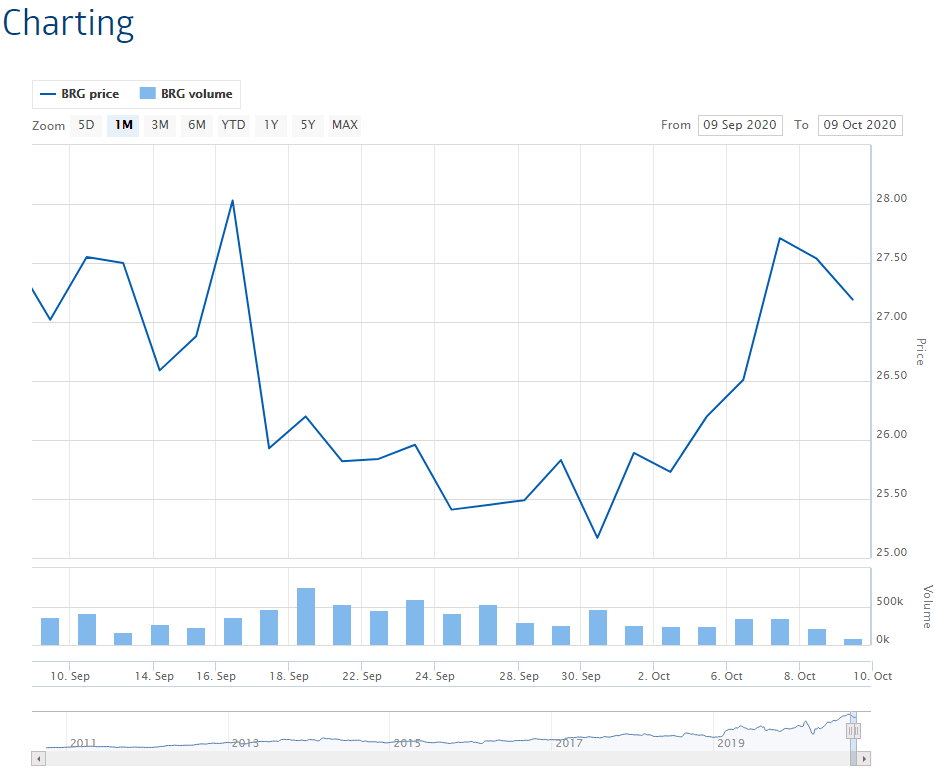 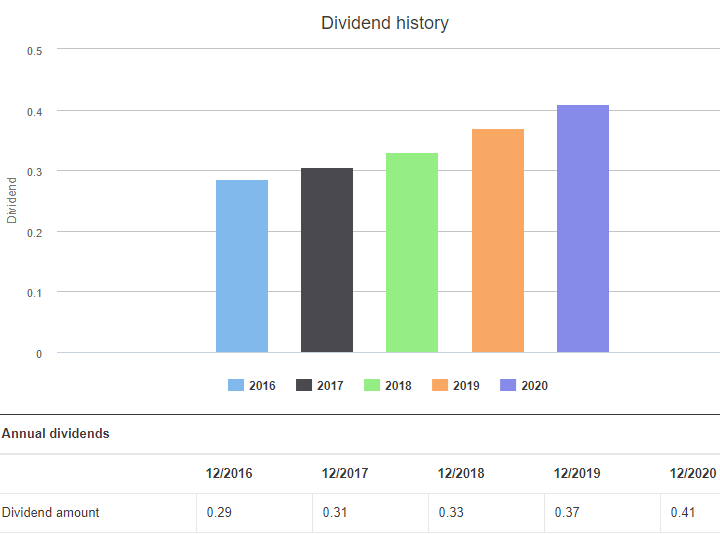 For a classic example of what could turn into a false negative, we turn to a 1 October announcement from IoT and cloud-based solutions provider, Buddy Technologies (BUD.)

Buddy is a high-tech digital technologies company serving both the commercial and consumer markets.

For commercial and industrial customers, there are two options. The Buddy Ohm resource monitoring and analytics system and Buddy Managed Services.

Buddy Ohm is a cloud based IoT system for resource monitoring and analytics solution that provides energy monitoring, reporting, and auditing services for commercial and industrial customer buildings. The Buddy Ohm portal features dashboard monitors for building resources from electricity and gas to water, temperature, and humidity.

In April of 2019 Buddy acquired LIFX, a provider of a line of smart LED lightbulbs, controllable both via voice and mobile devices. LIFX smart bulbs are currently available at JB Hi-Fi, Officeworks, Bunnings, MediaMarkt, Saturn, and Best Buy in both the US and Canada.

On 1 October, the company announced two new distributors in the US market – the world’s third largest retailer – Costco – and the second largest home improvement retailer in the us – Loews.

Costco UK had agreed to stock LIFX products earlier in the year. In the US, the initial rollout will be via Costco’s online sales platform, with product launches in more than 500 Costco warehouse clubs in the US in 2021.

Unimpressed with this major expansion of revenue-generating distributors, the share price dropped. 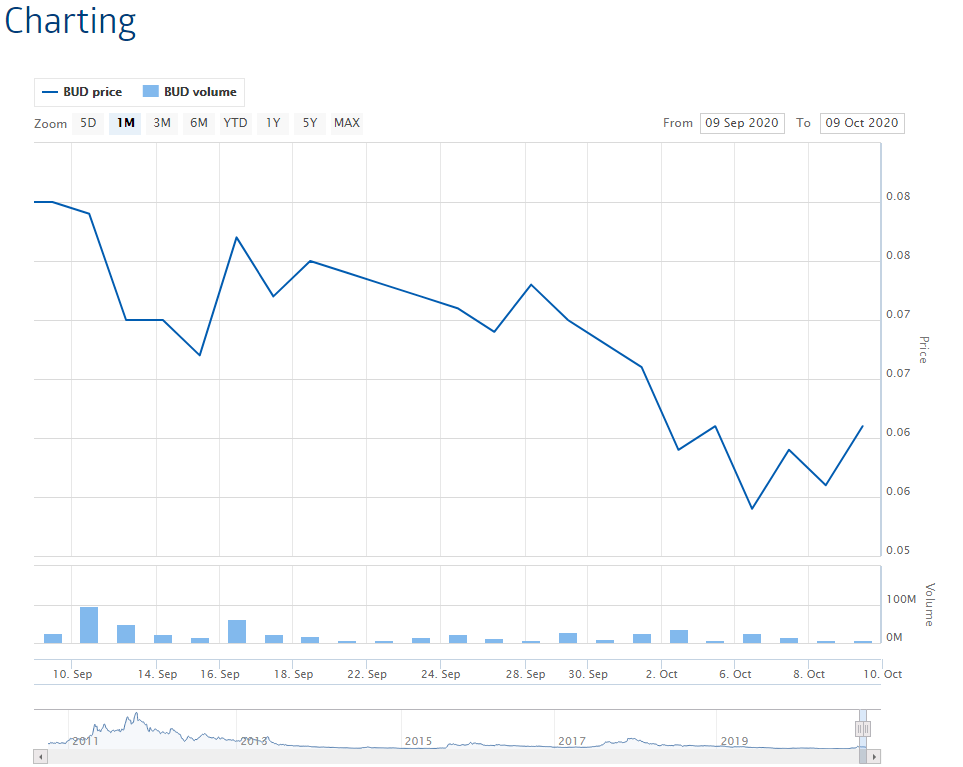 Cimic Group (CIM) describes itself as “an engineering-led construction, mining, services and public private partnerships leader working across the lifecycle of assets, infrastructure and resources projects.” The company is global in scope with operations in the Asia Pacific Region, the Middles East, Sub-Saharan Africa, and both North and South America.

Once known as Leighton Holdings, the company’s share price began to rise at the onset of October trading following positive announcements of contract extensions. Then the market once again showed its penchant for the future rather than the past when investors ignored the reported decline in revenues announced in a trading update for the first nine months of FY 2020. Instead, investors drove the price upward focusing on the 8% revenue increase for Q3, positive contract bookings, and the promise of increased infrastructure spending in the federal budget. 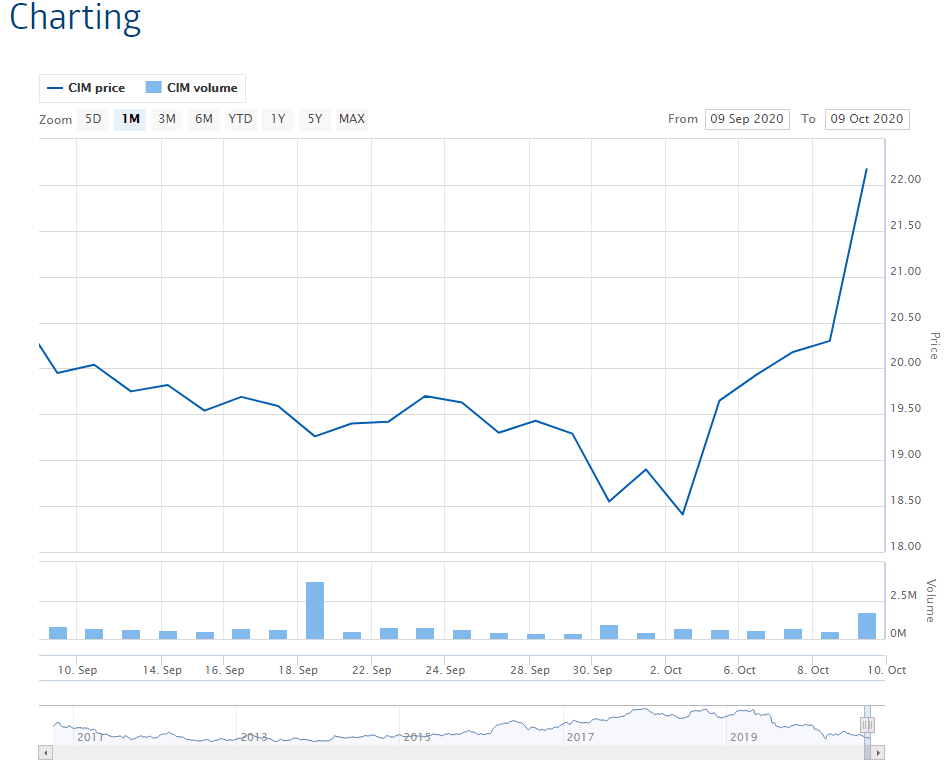 Mesoblast (MSB) investors may be the most dazed and confused shareholders on the ASX following two months of wild swings prompted by on again off again announcements regarding a promising candidate — remestemcel-L (RYONCIL.)

Investors and the company were eagerly anticipating a meeting with the US Oncologic Drugs Advisory Committee (ODAC) seeking the committee’s recommendation for approval that would then be passed on to the US FDA (Food and Drug Administration).

The FDA shocked everyone when it issued a briefing document prior to the ODAC meeting casting doubt on the treatment’s performance. Stock price crashed but within two days it shot upward when the ODAC voted to recommend approval of the treatment.

Investors could not get enough of the stock, certain the FDA would approve the drug, only to be crushed again when the FDA failed to approve, asking for more clinical trial evidence.

Biotechs are perhaps the most challenging stocks when evaluating news impact. In theory, an announcement of an FDA submission is “noise” until the drug or treatment is formally approved. Even then there are issues with financing production and market acceptance. In practice, investors fear losing out as the share price will explode in most cases upon news of FDA approval. 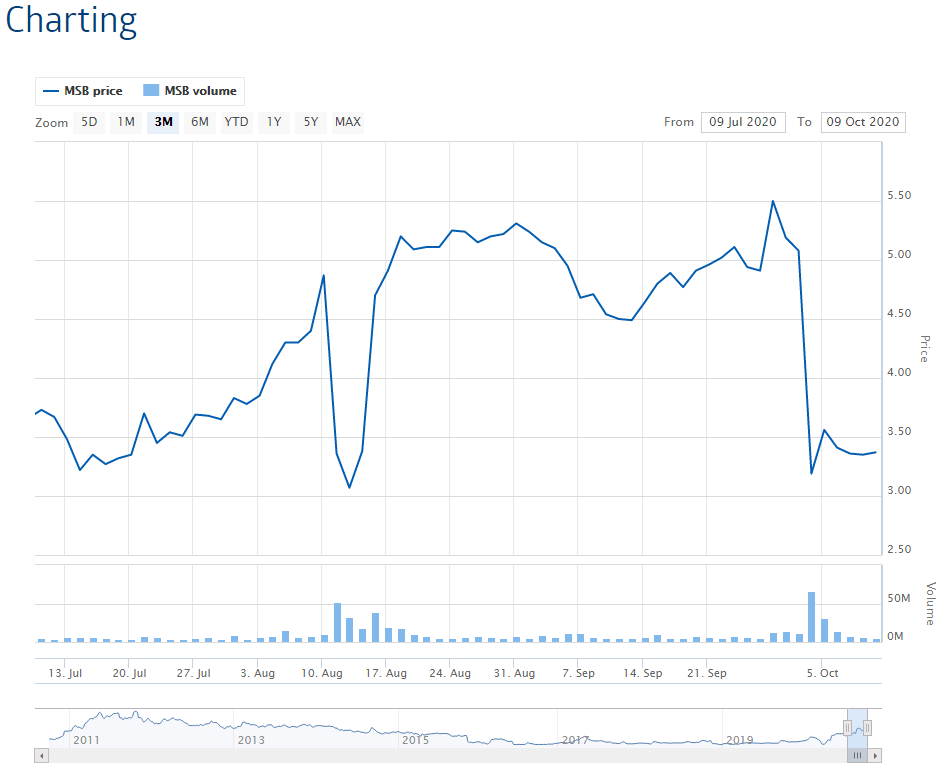 While most market experts would agree that news can produce …