Regardless of investing philosophy, retail investors who pick their own stocks have much to consider reviewing the share price performance of annual “winners and losers”

Growth investors who believe in buying high and selling higher gravitate towards the year’s best performers.

Momentum and value investors can consider select losers capable of a comeback or a momentary upward bounce.

Short sellers who bet on stocks declining in share price can target losers with little, if any, light on the horizon.

While the opportunity to grab on to a high-flying stock on a seemingly endless upward slope is appealing to some, one could argue that few things excite investors more than the smell of a bargain.

Bargain hunting investors are often advised to beware of catching a falling knife, implying of course a stock on a downward trend may have further to fall. Considering one of 2019’s worst performers as a bargain investment requires some effort understanding what conditions created the knife.

New competitors may seem external but how the company responds is not. Of all the internal issues impacting share price in the long term, few can compete with high operating costs and debt.

Droughts end, hurricane damage is repaired, and oil and iron ore prices rise. However, in turbulent times revenues decrease and highly leveraged companies – those who finance operations with borrowings – may not be able to sustain themselves.

The ratio tells investors how much a company relies on debt to finance operations versus relying on its own funds. In the event of a downturn, a highly leveraged company relying more on debt than equity may have trouble covering its debts. The current ratio measures the company’s ability to pay its short term obligations with current cash on hand. 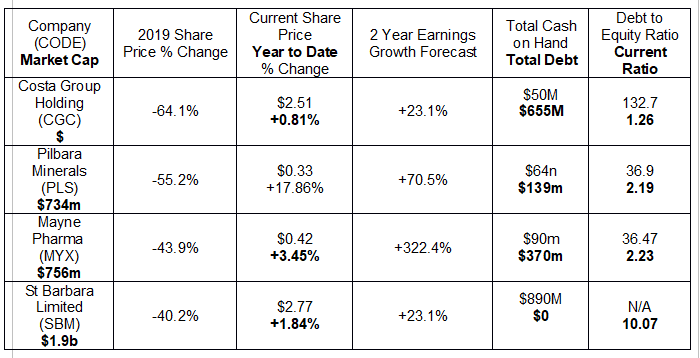 Our largest producer of fresh produce, Costa Group Holdings (CGC), listed on the ASX in July of 2015 and got off to a rocky start, falling below its IPO price on the first trading day. 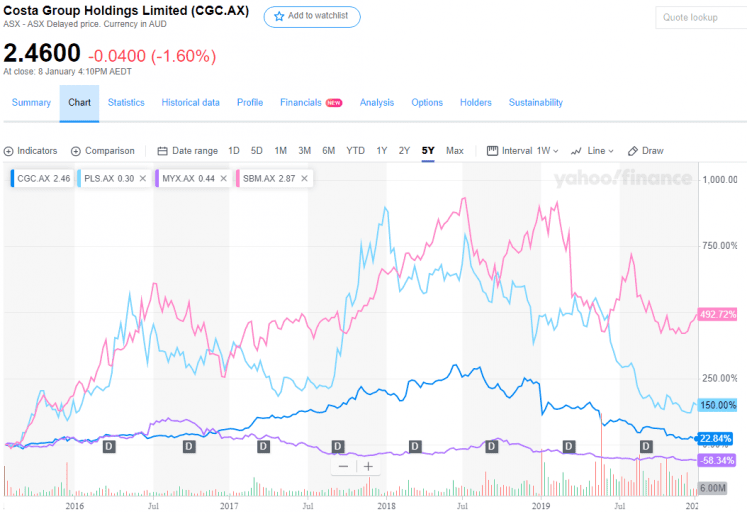 By September what many in the investing world consider the most influential investment bank on the planet – US based Goldman Sachs — added Costa Group to its Small & Mid Cap Focus List, a tool for the broking community to spot sector best picks.

In April of 2017 Goldman upgraded the stock propelling the share price to rise 7.5%, topping off Costa’s 62% share price increase year over year at that time.

As recently as late November of 2018 the company was still receiving plaudits from analysts and market commentators alike, with the stock price rising 23% from 15 November to year end.

Then came 10 January of 2019 with the company issuing a profit warning and the stock dropping 38%, ushering in a slow descent away from its former market darling status. The company downgraded earnings three more times during calendar year 2019.

Costa Group sought to soothe jittery investors with a capital raise in late 2019 to improve its swollen balance sheet, announcing a capital raise of $176 million dollars in late October of 2019, preceded by another earnings downgrade.

The offer price of $2.24 per share represented a 31% discount of the share price at that time, and yet the institutional offer followed by a retail offer failed to meet the target with shortfall bookbuild needed to close the funding gap.

What happened to Costa was a combined set of troubles ranging from less than stellar weather and water conditions impacting the price of the vegetables and fruits the company produces and the seasonal nature of the fresh produce sector. At year’s end the CFO resigned, with praise for past performance coming from the Costa CEO, and early in the new year a Costa berry farm at Tumbarumba had its operations hampered by the bushfires consuming acreage here in Australia.

Is Costa worth a look, given its disastrous performance in 2019?

Speculation over Australia’s growing role as the “food bowl” of Asia and rising demand for quality foods from emerging middle classes across the region propelled Costa to market darling status. Long term, the demand trend remains intact, as does Costa’s position as a leading producer with a growing global footprint, exporting to markets across Asia, North America, and Europe. 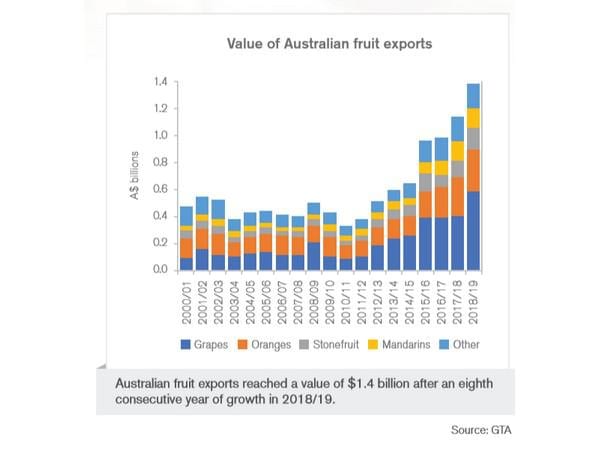 The company recently changed is financial year from the traditional June closing to a calendar year period, closing in December to better reflect the cyclical nature of the sector.

Pilbara Minerals’ shareholders have borne the pain of the lower price of lithium brought on by oversupply and slower uptake of the anticipated revolution of Electric Vehicles (EVs) overtaking and surpassing the dominant ICE (internal combustion engines) of today.

The stock has been on the Top 30 Short List seemingly forever, as investors who bet stock prices will go down pile on. However, demand for Lithium may have been delayed but it remains intact long term. A September 2019 article in the Benchmark Intelligence Blog points to an array of “megabattery” producers. The following chart from their Lithium ion Battery Megafactory Assessment makes the demand case.

Investors loved the news, but the mood soured a little more than a year later on the reports of price-fixing among US Generic Drug Manufacturers, now the subject of lawsuits. 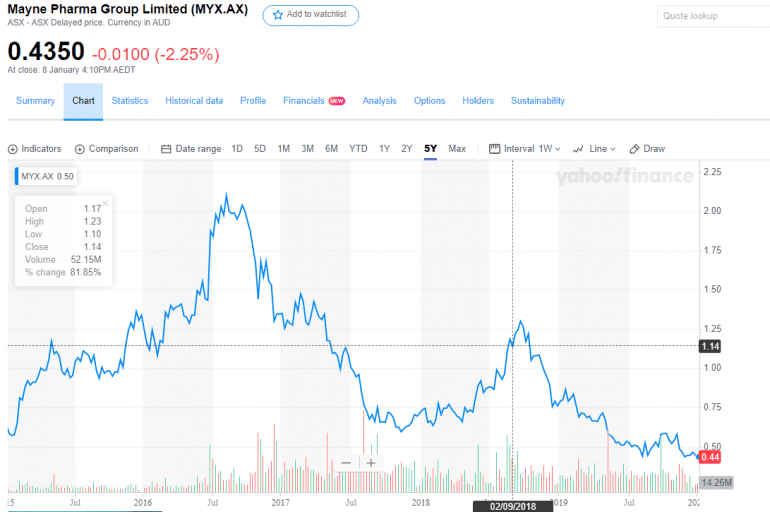 By some estimates, the US has the highest drug prices in the world, and by all estimates ranks higher than most developed countries across the board. Generic prescription drugs were thought to help ease the cost burden, but that market has seen new players and aggressive pricing negotiations from large US drug purchasing groups.

On the release of the 2019 Full Year Results Mayne management expressed confidence in improved performance in 2020 but that confidence evaporated at the Mayne Pharma Annual General Meeting in late November of 2019.

The Mayne Pharma CEO expressed caution, stating the generic pharmaceuticals market in the US “continues to have challenging dynamics.”

For investors willing to take the risk, the AGM presentation included the following graphic displaying its strategy of increasing the specialty products business. 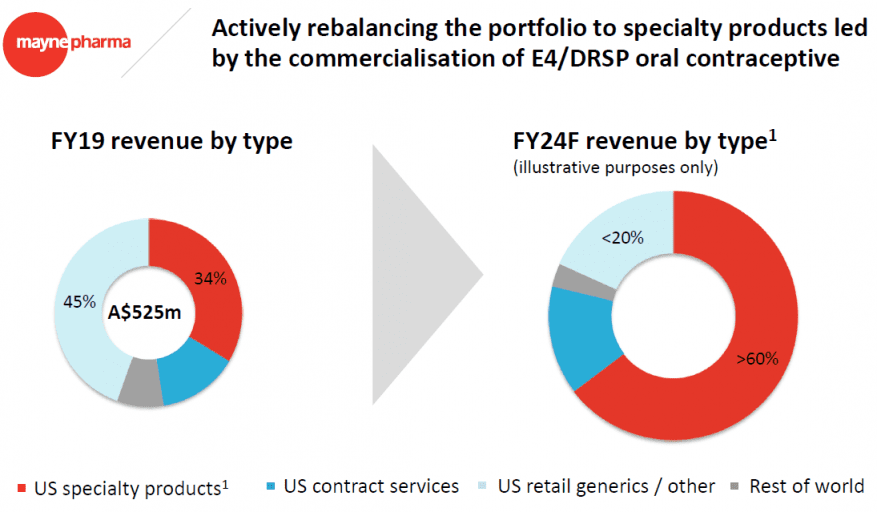 When the world learned of the Iranian response to the US strike on Iranian and Iraqi leaders, the fortunes of gold miner St. Barbara, with a share price already on the rise, seemed destined for more upward momentum. The entire gold sector has been rising with the increasing tensions between the US and Iran.

That ended with the US decision not to respond to the response, and the global investing community again ignored the lack of a resolution of tensions with a euphoric reaction to the lessening of tensions.

St Barbara suffered in 2019 due to rising costs and profit decline due to production issues at its Gwalia mine in Western Australia, but over the past five years St Barbara’s stock price handily outperformed larger rivals Northern Star Resources (NST) and Evolution Mining (EVN). 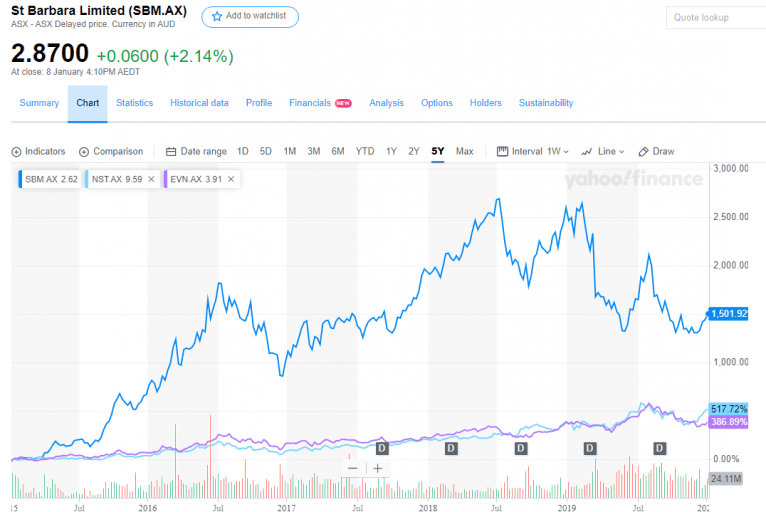 In July of 2019 St. Barbara acquired Atlantic God, a TSX listed Canadian gold mine in the province of Nova Scotia. Atlantic is expected to contribute to St. Barbara’s financials in FY 2020, producing between 95,000 and 105,000 ounces, with All-In Sustaining Costs of between A$900 and A$955 per ounce.

Regardless of investing philosophy, retail investors who pick their own …