After a 15-month long investigation, the U.K.’s Competition and Markets Authority (CMA) gave the green light to e-commerce giant Amazon to buy 16% “minority stake” in the UK-based popular delivery firm, Deliveroo. This deal is expected to have a huge impact on online trading market activities.

The CMA had initially given its original clearance to Amazon back in April, based on the judgment that Deliveroo could potentially go out of business in the absence of the investment. However, after rival competitors including Just Eat Takeaway.com and Domino’s Pizza criticized the decision, the regulatory body changed its focus to the effects the investment would have on competition.

In May 2019, Deliveroo had announced that Amazon had led a $575 million fundraising round. Both parties referred to this as a “minority investment”. However, just two months later, the CMA halted the deal citing the need for investigating potential harm on competition as a result of the deal. Then later in October, a formal probe was launched into the matter.

After a 15-month long investigation, the CMA finally announced on 4 August, 2020 that it has cleared Amazon to go ahead with its plans to purchase a 16% stake in Deliveroo. Apart from the original clearance provided in April, this move also upheld another provisional clearance which was given in June.

Commenting on how the deal would not have anti-competition implications, Stuart McIntosh, the CMA’s inquiry chair released a statement saying that the final decision of his team is the result of a thorough and careful examination of the deal between Amazon and Deliveroo and the markets in which both of these parties operate.

This investment will provide a huge boost for the U.K. delivery start-up, setting it up on par with huge names in the global meal delivery industry such as Uber Eats and Just Eat Takeaway.com.

Deliveroo said that it is “delighted” that the CMA has finally concluded its investigation and provided Amazon with the approval it needed to go ahead with the investment. The delivery firm also shared that it plans to use the investment to offer its customers a “hyper-personalized” experience while also increasing choice and value.

In addition, the investment funds would be used to expand Deliveroo’s delivery-only kitchens, provide improved support to their restaurant partners, and offer more of their riders with “flexible work they value”.

A spokesperson for Deliveroo said that the approval from the CMA is “fantastic news” for both customers and restaurants in the U.K., as well as for the British economy. 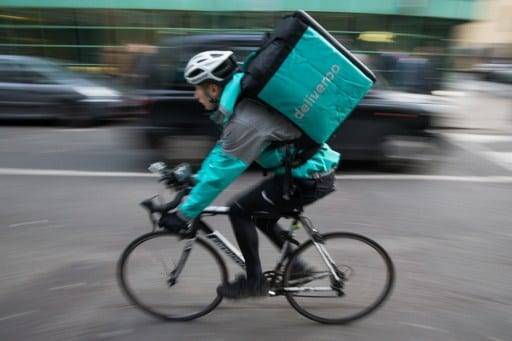 Rivals urge regulators to not give approval

While the CMA’s nod is a cause for celebration for Amazon and Deliveroo, it is quite the opposite for rival meal delivery groups, who have not shied away from voicing their dissatisfaction and criticisms.

In fact, they have said that the deal is “incomplete and unsafe”, and would harm healthy competition in the British market as it makes it possible for Amazon to include Deliveroo’s services as part of its Prime membership program.

After the provisional clearances were given initially, several rival delivery groups expressed dissatisfaction with the regulatory body’s decision. According to Domino’s Pizza, one of the competitors who have openly criticized the deal, the CMA, during its investigation, failed to consider the key test of whether the American e-commerce giant’s “minority investment” would result in the creation of a substantial decrease in competition.

Just Eat Takeaway.com also said that Deliveroo could be assimilated into Amazon’s Prime service, which costs just £7.99 per month. If this is the case, it can have serious impacts on competition in the meal delivery market in the U.K.

What does this investment mean for traders?

The approval from the CMA giving Amazon the green light for the Deliveroo investment is major news that will surely impact the online trading market activity. Amazon is likely to see a rise in stock prices, while its competitions may suffer.

In fact, in 2019, when Amazon led the $545 million funding round for Deliveroo, rival delivery firms in the U.K. such as Just East saw a 7 percent drop in their shares. This plunge erased over £360 million off the market cap of Just Eat Takeaway.com, the third biggest food delivery company in the U.K.

Traders with shares in Amazon are likely to sell their stocks in the coming days at higher prices, thanks to this deal between the e-commerce powerhouse and Deliveroo.

If you wish to reap the benefits of online trading, using trusted trading platforms is of utmost importance. It is crucial that you have access to the knowledge and resources required to trade smartly and successfully. This will allow you to make the most of your online trading experience.

After a 15-month long investigation, the U.K.’s Competition and Markets …