It is the location of North America’s largest current oil field, Prudhoe Bay, which originally contained over 25 billion barrels of oil. Furthermore, the basin is surrounded by several other large oilfields, having together produced over 17 billion barrels of oil since 1977 through the Trans Alaska Pipeline System.

88 Energy now has net half a billion acres of exploration ground across multiple world class assets with multi-billion barrel discovery potential on the North Slope, with Peregrine joining Project Icewine and the Yukon Leases in 88 energy’s portfolio. 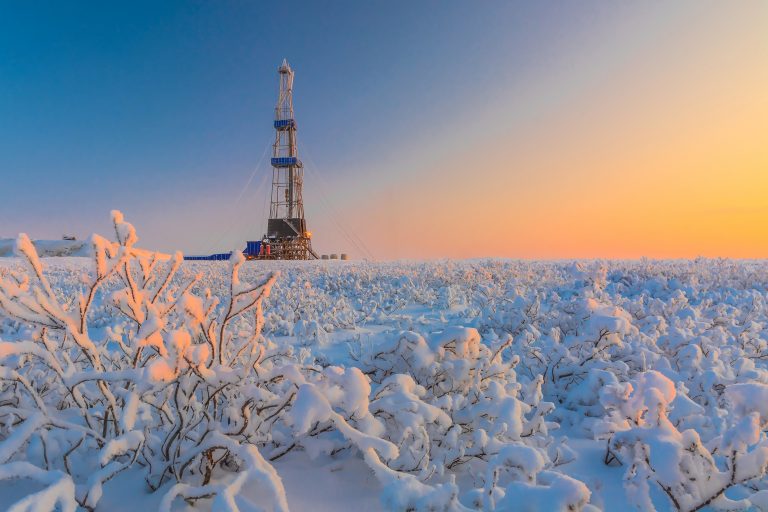 In a winter snow-covered tundra, a well is being drilled at an oil and gas field. Polar day. Beautiful sky. The drilling rig is covered in snow.

Combined, these prospects have a mean unrisked recoverable prospective resource of 1.6 billion barrels of oil, as per an independent report generated by ERC Equipoise.

To the north and south of Project Peregrine sit major oil discoveries.

Willow, located to the north of Peregrine, is a 0.75 billion barrel discovery made by oil major ConocoPhillips (NYSE: COP).

A recent well drilled by ConocoPhillips, just 15 kilometres from Project Peregrine, encountered hydrocarbons at its Harpoon prospect which is interpreted to be directly on trend and analogous to the Harrier prospect at Peregrine.

The Peregrine Project also lies directly to the north of the Umiat oil accumulation that’s estimated to have greater than 1.0 billion barrels of oil in place.

Alaska’s North Slope basin has a long history of successful …